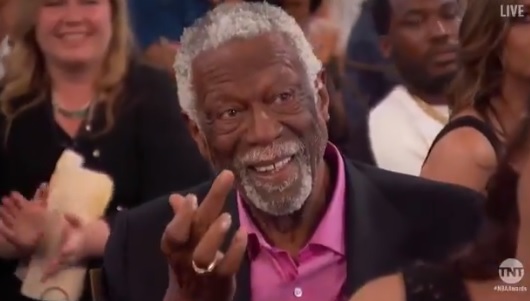 Bill Russell is officially the best thing about the NBA Awards.

Last year, The NBA honored Russell at its first annual awards show on by inviting five other legendary centers to present him with the Lifetime Achievement Award on stafe. After a touching speech by Kareem Abdul-Jabbar, Russell walked on stage and told the other great NBA centers that he would kick their ass.

"I would kick your ass" #GOAT pic.twitter.com/YmdcgCqFPS

During this year’s NBA awards, Charles Barkley thanked Bill Russell before Oscar Robertson’s tribute award. When the camera panned over to Russell, the 11-time NBA champion slyly gave Barkley the middle finger while on live TV.