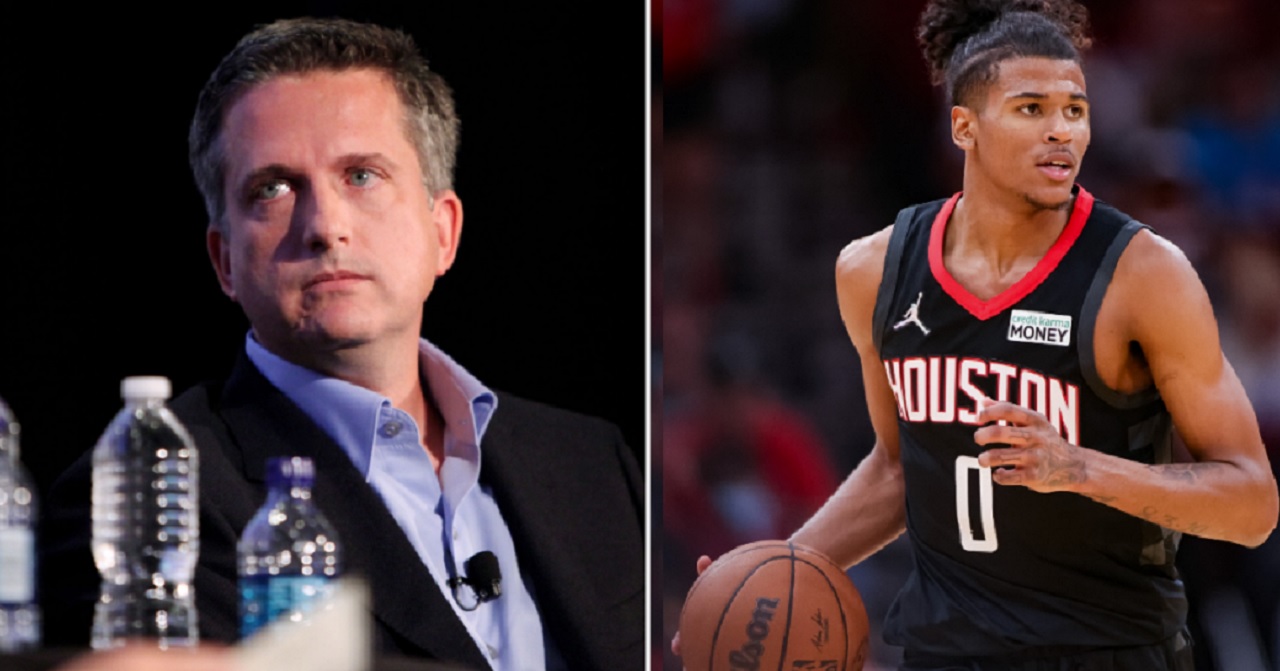 Bill Simmons has found himself in hot water over his comments about Rockets rookie Jalen Green.

While talking about who he was going to vote for on his All-NBA rookie team, Simmons blurted out “f*ck Jalen Green” while advocating for Herb Jones.

The case for Jones over Green was never more evident than on Wednesday’s episode of The Bill Simmons Podcast when the host, who has a vote in the NBA’s postseason awards, profanely explained why he picked Jones over Green on his All-Rookie team.

“F–k Jalen Green,” Simmons said with about 1:08:00 left in the episode. “I don’t care you’re scoring 40 points and your team’s 19-60. Congratulations. Herb Jones is like guarding dudes in real games.

“Now, the Houston people are going to be mad at me. I’m sorry. I like winning players, I’m sorry. Jalen Green will get there, it’s just that team was 21-61 this year or whatever.”

Rockets fans were not happy with Simmons, who currently has a vote for the NBA awards.

Bill Simmons, who actually has a vote this season, openly said “F**k Jalen Green” on his podcast. If clowns like this are getting a say in who wins NBA awards then all validity is lost.

I don't want to clutch my pearls here, but what Bill Simmons said about Jalen Green seems to cross the line, especially when you're given a postseason awards vote by the NBA. https://t.co/zLZViCPX1G via @chron

It’s really weird to see an NBA media member who actually has a vote say F you to a kid coming off an absolutely phenomenal end to the season.

Even if it’s supposed to be a “joke” it really doesn’t come off like that at all and is an immature way (at best) to approach voting.

Simmons responded to the criticism by saying that he was joking.

This is ridiculous. I think we were laughing during 80% of this. My point was: I’m always leaning toward a rookie like Herb Jones who was meaningfully contributing to a decent team over someone putting up stats on a bad team. Jalen is gonna be excellent. https://t.co/D4LEmDF2ae