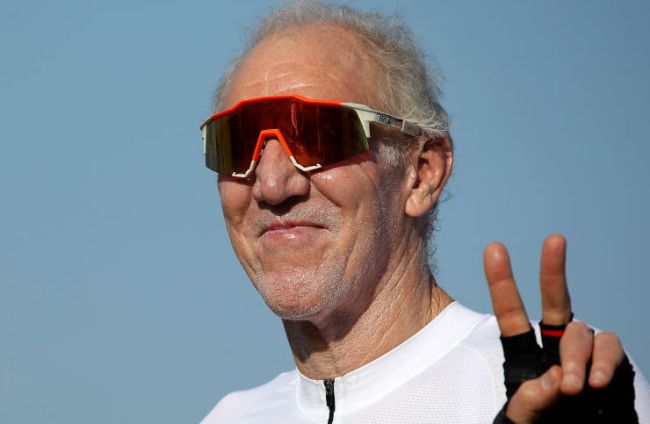 There is perhaps no single person in the history of sports broadcasting who even comes close to embodying the term “color commentator” like Bill Walton, who has consistently provided basketball fans with an endless amount of entertainment over the years thanks in no small part to not letting the pesky games he’s covering get in the way of sharing whatever thoughts happen to pop into his head with a national television audience.

In honor of Bill Walton's 68th birthday, here are some of his funniest moments in the broadcast booth with @DavePasch pic.twitter.com/CPMrGP82XW

Over the years, the devoted Deadhead has done everything from swallow a lit candle during a break in the action as well as just ignoring it entirely in favor of going on absurd tangents about bridges and the many other topics he’s decided to wax poetically about in the middle games.

On Monday, the self-admitted psychonaut took some time to let everyone know that the Great Smoky Mountains National Park is home to over 3,000 species of fungi, and while he didn’t specifically mention magic mushrooms, he didn’t have to based on the background he opted to throw up behind him.

You never really know what you’re going to get when you watch a game featuring the UCLA legend on the microphone, and during Tuesday night’s contest between Stanford in North Carolina, anyone who had “Rambling About Biking Through the Mountains” on their Bill Walton Bingo Card got to mark that box when he devoted almost a full minute talking about the subject in lieu of focusing on what was unfolding on the court.

Walton has always been a big cycling guy; earlier this year, he helped organized the “Intergalactic Bike for Humanity,” the first of multiple virtual rides put together to raise money to help feed people impacted by the pandemic in addition to soliciting donations to purchase PPE for healthcare workers. At this point, you shouldn’t need any more proof that he’s one of the most awesome people on the planet, but this post should give you basically all of the evidence required.