Bill Walton Snorting Like A Buffalo, Imitating A Falcon And Growling Like A Bear Is Why He’s The Most Entertaining Broadcaster 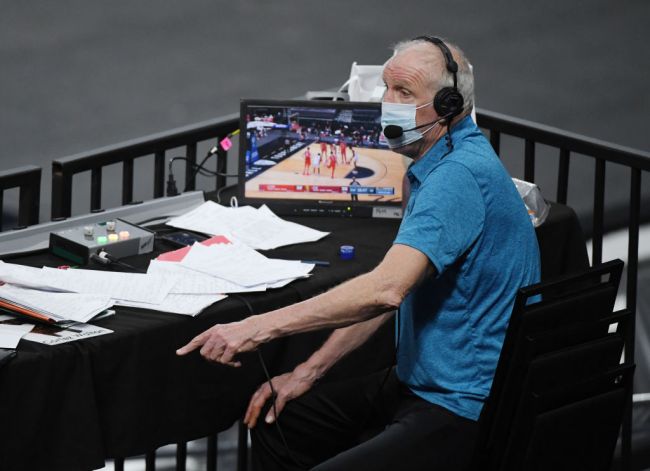 It doesn’t matter what the score is or who is playing, it is must-see TV when Bill Walton is calling Pac-12 basketball. He was in full-form on Thursday as the California-Berkeley Golden Bears took the court against the Colorado Buffaloes. The game tipped-off an hour later than scheduled after a double-overtime game caused the delay, so it was the end of the night for the broadcasters and Walton had already been on the mic for more than four hours. It was a recipe for greatness from the booth and that’s exactly what we got.

Things began with a random, unprompted series of snorting and grunting.

Dave Pasch joined Walton on the call, as is per usual. He leads the conversation while his partner does his thing and continues to be the most patient man in sports.

As Pasch went to promote the tournament and its presenting sponsors, Walton hijacked the conversation and went off on a tangent to break down the remaining matchups.

Once the action resumed, Walton gave his best impression of the Golden Bears and started growling into commercial. He later did the same for a falcon.

Bill Walton just imitated the noise a falcon makes while on top of Cal’s Campanile—whatever sound that is.

He makes games worth watching no matter the score.

The growl came back a few moments later and closed out the night with a passionate description of Berkeley, Calif.

Bill Walton should be the spokesman for acid pic.twitter.com/WpI5fg6Bo7

Pasch and Walton have the perfect working relationship. The former allows the latter just enough leash to provide the magnificent soundbites, but knows when to reel it in and get back to basketball. Walton is one of the greatest basketball minds of all-time, but knows nothing beyond the Pac-12, so his season will come to a close on Saturday. You will miss him come June, so get your fix now.