Bills Fan Attempts To Dive Through A Table And Fails Miserably 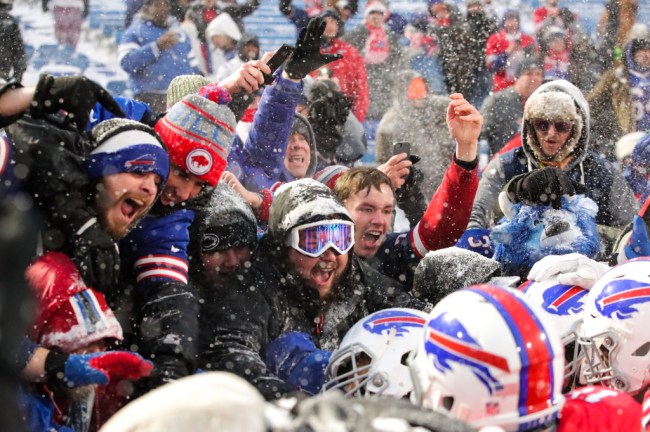 ​Buffalo Bills fans are easily the craziest fans in the entire NFL. Week in an week out, the “Bills Mafia” film their insane tailgate antics before every home game and post it on social media.

This week was no different as one Bills fan got filmed knocking himself out cold when he landed head first on the ground while attempting to dive through a table before today’s Dolphins-Bills game in Buffalo.

His judgment was already questionable when he decided to live in Buffalo.

Just a few weeks ago, another Bills fan set himself on fire and had to be taken to the hospital.

Perhaps hoping to join the ranks of several other flaming Buffalo Bills fans on YouTube, a man fell into a fire pit Sunday morning at the Twin Oaks Motel on Abbott Road in Orchard Park before the start of the football game.

Orchard Park Police reported that, when they responded to the incident at about 11:45 a.m., the man’s clothing was extinguished. The victim was treated at the scene before being taken to Erie County Medical Center. His name was not released.

It’s pretty miraculous that we haven’t heard of a Bills fan getting seriously injured after attempting to perform one of these crazy stunts before games.