Thousands Of Bills Fans Went To The Airport At 1:30 AM To Greet Team After They Clinched AFC East Title 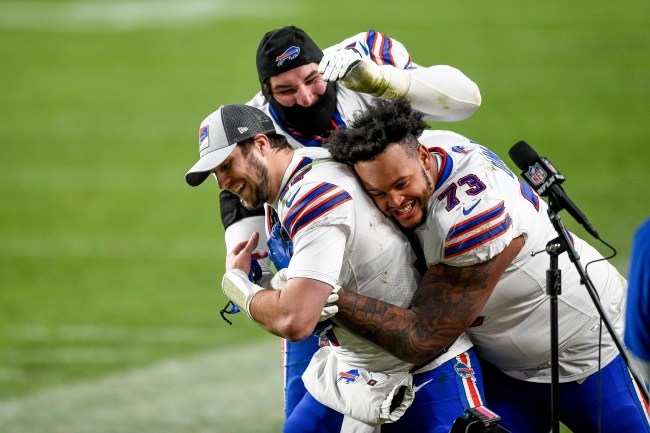 The Buffalo Bills have won their AFC title since 1995 after their 48-19 beat down win over the Denver Broncos on Saturday.

Bills fans were so excited about the team winning the division title that they showed up in droves to greet the team at the airport on Saturday night.

The Buffalo Bills’ plane landed in Western New York shortly after 1:30 a.m., and the team was greeted by thousands of adoring fans at the airport in what has become something of a new tradition.

The players were greeted with loud cheers and chants of “Super Bowl, Super Bowl.” Quarterback Josh Allen was met with chants of “MVP, MVP.”

The wild scene was documented by the Bills social media account as well as several players and journalists who were at the airport.

Dion Dawkins sharing a video where the #BillsMafia is literally in his car… this is wild. #Bills pic.twitter.com/i9oMXqZu8R

Some of the #Bills players like AJ Klein are getting their first experience of the #BillsMafia tonight. “Can we get fans back in the stands?!” pic.twitter.com/z2J2Ah7TeT