Bills’ GM Says Patriots Are Still The Team To Beat In AFC East, Elects Not To Instill Confidence In His Own Team 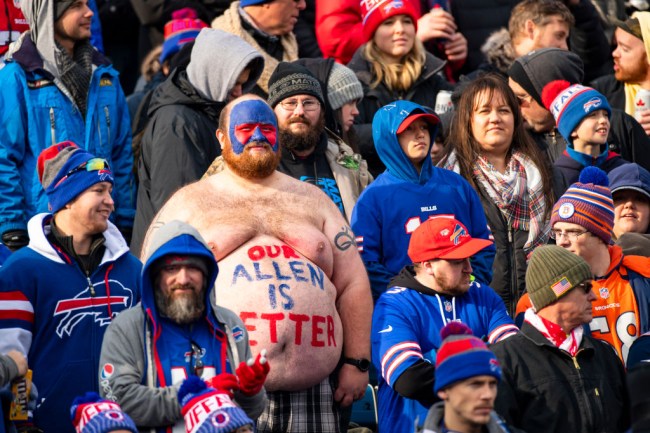 Tom Brady may have taken his talents to Tampa Bay and the Patriots may be starting an extremely unproven Jarrett Stidham at quarterback this season, but they’re still the top dogs in the AFC East, at least that’s what the Bills general manager thinks.

Buffalo GM Brandon Beane has been active this offseason in acquiring Stefon Diggs from Minnesota to give Josh Allen another weapon at wideout. With that move, Buffalo coming off of 10-6 season, plus the fact that Brady is no longer in the division, plenty of people out there believe the Bills are the favorites to win the AFC East this year for the first time since 1995.

While Beane may be confident with his own team, he was quick to point out that until somebody actually beats the Pats then they’re still the team to beat in the division.

“The team to beat in the East is the Patriots,” Beane told local media during a videoconference Thursday according to ESPN. “And until somebody beats them, they are the team to beat. And as long as Bill Belichick’s there, you’re talking about probably the greatest head coach of all time that was paired with the greatest quarterback of all time.

“So until we beat them, we’ve done nothing, and we’ve got our work cut out for us.”

Beane is entering his fourth season as the GM of the Bills and is 0-6 all-time against New England. Add that to the fact that the Patriots have won 11 straight AFC East titles it’s easy to see why he isn’t willing to say that his Bills are the team to beat in the division.

The Bills are 3-17 against New England dating back to 2010, to say they’ve gotten their asses handed to them over the last decade would be an understatement. Now having said that, if Beane took a stand and said that his Bills were the new rulers of the AFC East it would have done nothing but instill confidence in his bunch, but that’s easier said than done when you’ve had to watch the team you manage get embarrassed by a rival all these years.