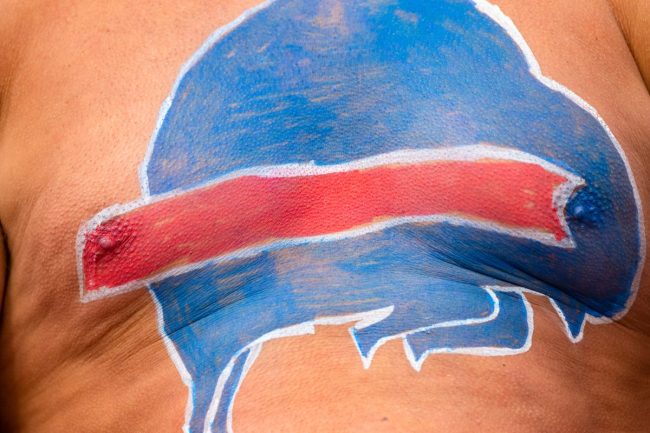 The Buffalo Bills begin their 2022 season in Los Angeles against the defending champion Rams next week. The Thursday night matchup will open the NFL campaign, and it’s sure to be a raucous environment in Sofi Stadium.

Much of that atmosphere will be provided by Buffalo fans that make the cross-country trip to California. The Bills Mafia is sure to have some members in attendance, and it appears that they’ll be fully equipped when game day rolls around.

A large delivery of Labatt Blue, the official beer of Bills Nation, has been unloaded at Sofi Stadium. Thirsty fans are happy to see the truckload of beverages making their way into the venue as they brace for the final seven days before the start of the NFL season.

Fans were pumped to see the Labatt Blue make it safely to LA.

Buffalo fans were ecstatic seeing the this truck being unloaded with delightful beverages. Bills Mafia can sense the season upon them with the beer delivery complete.

One fans says, “LA has no idea what’s coming.”

LA has no idea what is coming. #Bills

Many say there may need to be another delivery.

I’m genuinely worried you may not have enough.

The Bills Mafia is known for their rowdiness on game days, and they’ll certainly be tuned up for this opener against Los Angeles. We’ve seen fans in the past jumping through tables, painting their bare chests in freezing cold temperatures, and, of course, chugging boatloads of beer.

But what they boast in fandom, they match in loyalty. Look no further than after last year’s heartbreaking playoff loss to the Chiefs. Bills fans flooded the airport to welcome their team back to Buffalo and lift spirits following a deflating defeat.

They’ve shaken that loss from memory, though, and are focused on the future. One thing’s for sure, the season can’t get here soon enough.