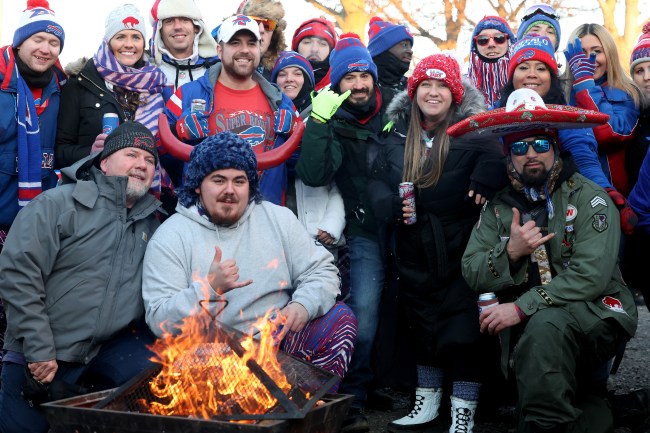 There is no fan base in the sports world that does it quite like Bills Mafia. We all know the stories. Dives through burning tables. Sex toys on the field. Hand stuff in the stands. Charitable donations.

It all comes with the territory for Bills fans. Today they added to that legacy with a pair of entertaining videos as they prepare for their team to take on the New England Patriots tonight.

The first, posted this morning was a great homage to the classic film, “Good Will Hunting”.

I’m always a fan of a well done “Good Will Hunting” homage and this is a great way to kick off the first morning of the NFL playoffs.

The next was right in line with what we would expect from Bills Mafia. A fan posted a video of another member of the Mafia doing an all-time great dive through a table a the pre-game tailgate.

Bills by a THOUSAND

Just look at that form. That man had no fear as he pulled his arms in and destroyed that table.

The Buffalo Bills meet the New England Patriots for the third time this season in tonight’s game in the NFL Super Wild Card round. The Pats won the first round in a game with awful weather in Buffalo.

The Bills got their revenge in the rematch, beating the Patriots 33-21 in New England. Now, Bills Mafia finds themselves fired up for a 3rd round in their home stadium with the season on the line.

Expect to see a raucous crowd tonight at Highmark Stadium.