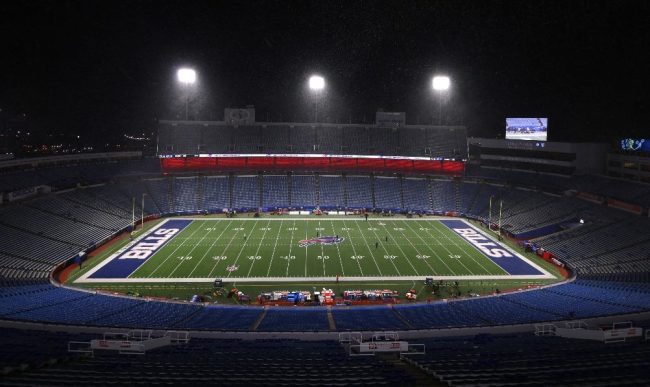 The Buffalo Bills found themselves in a tough spot after their rookie punter, Matt Araiza was accused of gang-raping a 17-year-old girl. After eventually making the right decision in releasing Araiza, the franchise seeks new answers at the punter position. Luckily for them, they have plenty of options on the table thanks to the Denver Broncos and Tennessee Titans making some surprising roster cuts.

Bills Will Have Plenty Of Options To Sign A Veteran Punter

According to Ian Rapoport, the Broncos surprisingly released Sam Martin on Monday. He ended the 2021 season as a top-five punter in the league and refused to take a pay cut. For that reason, Denver axed him and will be moving on to someone else in that position. The Bills should be all over signing Sam Martin to a potential deal.

#Broncos P Sam Martin is being released today by Denver after indicating he would refuse any pay reduction. He was a top 5 punter statistically in 2021 and set Broncos all-time record for net punting last season. Will have interest.

Additionally, the Titans made a similar surprising move on Monday after cutting longtime punter Brett Kern, per Adam Schefter. RookieRyan Stonehouse impressed the coaching staff enough to move on from Kern, making him an intriguing option for the Bills.

Titans informed longtime Brett Kern that they are releasing him, per source. Kern has punted for the Titans since 2009; Ryan Stonehouse from Colorado State looks as if he has won the job.

Buffalo was hopeful they would have a longtime punter themselves after drafting Matt Araiza in the sixth round of the 2021 NFL Draft. Instead, he’s off the team and is facing some serious allegations. The Bills are lucking out right now though, as both Martin and Kern are strong options for the 2022 season.

At the same time, the front office shouldn’t rule out Marquette King, who reached out to the team through Twitter to offer his availability. We should expect the Bills to sign one or two punters soon to evaluate who will lead the way once the new season starts.