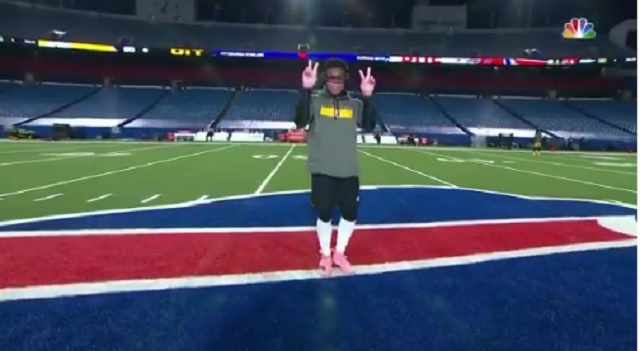 Before Sunday night’s matchup, Smith-Schuster was spotted dancing on the Bills’ midfield logo for a TikTok Video.

Bills QB Josh Allen went on to reference the Steelers’ dancing while trying to motivating the team during his pregame speech.

The #Bills clearly took the #Steelers dancing on their logo seriously. Josh Allen before the game: "Let them do all the talking and the f****** dancing… we do all the work."

After their win against the Steelers, Bills’ DB Jordan Poyer admitted to being extra motivated because of JuJu’s antics.

“And I ain’t going to lie. Seeing them dancing on our logo pre-game and seeing all that, that turns you up a little bit. It kind of gives you a little second itch to come out and play with some extra fire. We were hyped up on the sideline, we had a big win. And we were just having fun.”