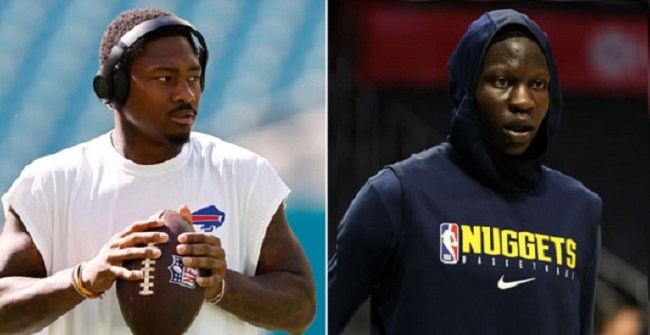 On Tuesday, Diggs posted a picture on his Instagram stories page that features him having dinner with three other women. One of the women in the picture is an Instagram model named Mulan Hernandez, who is currently dating NBA star Bol Bol of the Denver Nuggets.

Hernandez saw the post and immediately blasted Diggs for implying that they had recently hooked up while she currently has a boyfriend.

Apparently, Hernandez and Diggs dated six months ago but she claims they broke things off before she got together with Bol.

It is kind of wild that athletes only seem to hook up with a small group of women and these situations come up often.