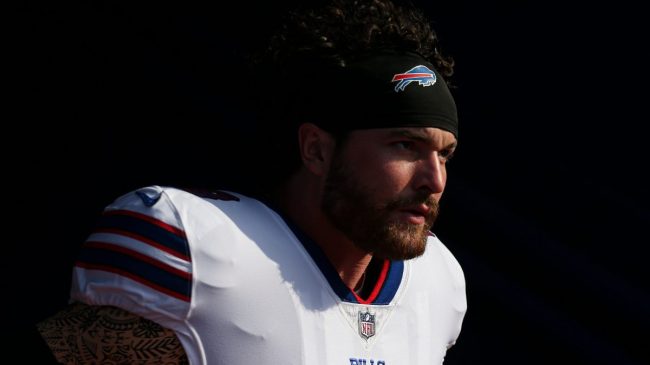 The NFL and college football worlds mourned the loss of Luke Knox back in August. After spending time with his family and being given the peace he needed and deserved, Buffalo Bills tight end Dawson Knox breaks silence about the tragic passing of his younger brother.

The Bills shared a clip of Knox speaking about his brother on Twitter. He makes sure to thank everyone for being considerate and giving him and his family the space they needed during these troubling times. Additionally, the people of Buffalo, who are well-known to support their players through thick and thin, showed their love for the Knox family. Dawson Knox claims the fans raised over $200,000 for his P.U.N.T. Foundation (Pediatric Cancer Collaborative).

Luke Knox’s death was tragic and sudden. He was only 22 years old with his life ahead of him. A cause of death was never revealed, but FIU says police found no suspicion of foul play. Knox was in line to earn some major playing time this year for the Panthers. However, his sudden death halted at that moment. Now, Dawson Knox and his family mourn the loss of Luke and Bills fans are clearly doing everything possible to make life as easy as possible for them.

It’s nice to hear that the fanbase fully supports Dawson Knox at this moment. We’ve seen Buffalo pull through and donate to player’s charities before. It’s a great trend that Bills fans utilize as it creates a special bond between the players, the fans, and the city.