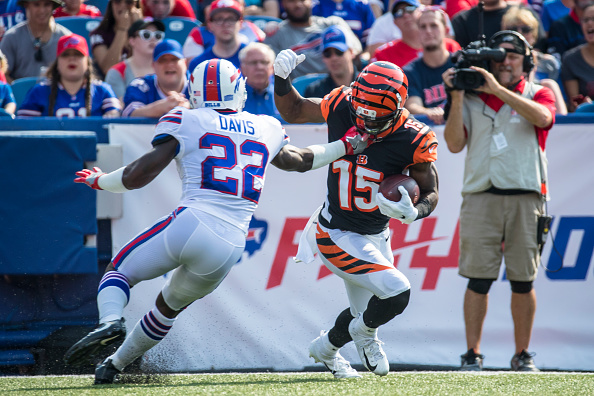 During today’s Bills-Chargers game, Bills cornerback Vontae Davis abruptly decided that he didn’t want to play football anymore when he pulled himself out of the game and told head coach Sean McDermott that he was “done” before halftime.

Word is Vontae Davis put on his street clothes at half, said he was quitting and left the stadium, per another source https://t.co/spdxMWrNSd

A few hours after mysteriously leaving the field, Davis posted this picture on Instagram account explaining why he chose to retire mid-game.

This isn’t how I pictured retiring from the NFL. But in my 10th NFL season, I have been doing what my body has been programmed to do: Get ready to play on game day. I’ve endured multiple surgeries and played through many different injuries throughout my career and, over the last few weeks, this was the latest physical challenge. But today on the field, reality hit me fast and hard: I shouldn’t be out there anymore.”

Despite Davis’ explanation the Internet continued making fun of him.

We had same idea 😂 pic.twitter.com/O8va08zx0f