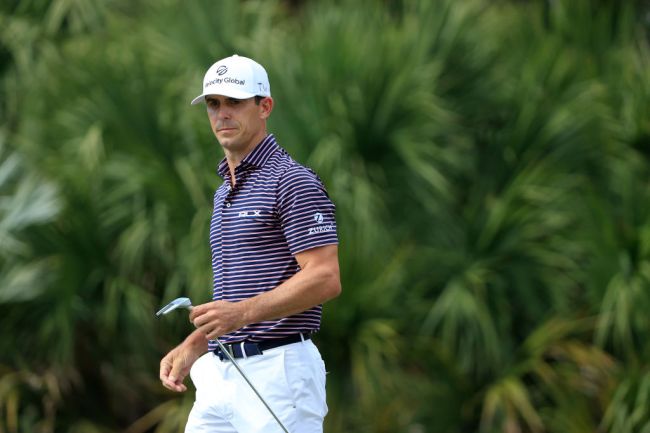 Bay Hill is welcoming roughly 5,000 fans to attend the Arnold Palmer Invitational this week in Orlando, which is great. It’s nice having fans back on the course posted up along the ropes and around the greens, it’s also nice to hear a roar when a player executes a nice shot or drains a lengthy putt.

Billy Horschel, however, may not feel the same way about spectators being back out on the PGA Tour.

Horschel was facing a 35-foot birdie putt on the Par 4 ninth and after he missed the putt on the low-side, someone in the gallery decided to shout ‘bad read, Billy.’ Horschel immediately turned around to give the guy a look.

Then, after tapping in for par, he decided to hit the fan with the totally original, never heard before ‘there’s a reason why I’m on this side of the ropes, and you’re on that side of the ropes.’

Billy Horschel gets chirped by a spectator, decides to *awkwardly* chirp back.🤔 pic.twitter.com/NTMwXbuYVo

We get it, Billy, you’re a professional golfer that won the FedEx Cup in 2014 and you’ve hauled in over $25 million during your career. But, the fan has a point, it was sort of a bad read.

Sure, he left himself with a putt inside two-feet for his par, but it wasn’t exactly the best putt that’s ever been struck.

There’s nothing wrong with Horschel clapping back at the fan whatsoever, I encourage that sort of behavior, but the comeback needs to be a little bit stronger than that.

It’s great to have golf fans back.