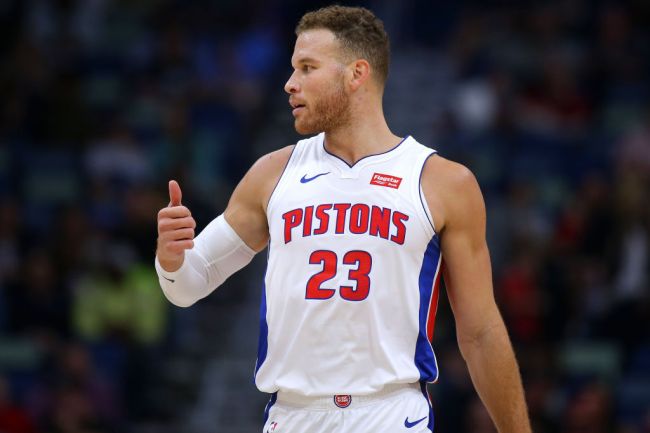 After months of speculation surrounding Blake Griffin’s future, Shams Charania is reporting that he will sign with the Nets. The 31-year-old has cleared free agency waivers after agreeing to a contract buyout with the Pistons on Friday and is expected to head east to Brooklyn.

Golden State, Miami and Portland were also amongst those in the running for the six-time All-Star, but Griffin has made his decision and will chase a ring with the current second-place team in the Eastern Conference. While this would have been a MASSIVE storyline just four years ago, Griffin isn’t the player he once was. Injuries have dramatically altered his game, and he has not dunked in a game since 2019.

Over the last 36 games of the 2021 season, Griffin has averaged 12.3 points, 5.2 rebounds and 3.9 assists with the second-to-last-place Pistons. He will join a lineup that most frequently features James Harden, Kyrie Irving, Kevin Durant and DeAndre Jordan and will compete for playing time against Joe Harris. His presence will provide a complementary boost to the Nets frontcourt, likely off of the bench with the second unit.

Detroit would surely have preferred to trade Griffin, but finding a team willing to take on his remaining contract was a tall task. He was set to be paid a remaining $36.6 million for this season and an additional $39 million in 2021-22, but the two parties agreed to a contract buyout that lessened the blow and allowed Griffin to become an unrestricted free agent.

Brooklyn has been the frontrunner to sign Griffin since the news broke of his buyout and will be soon to make the news official. Even though he isn’t the high-flying acrobatic forward of days past, his reuniting with Jordan is a good excuse to relive Lob City’s run as the league’s best dunkers.

Do you like the move? Let us know in the comments!