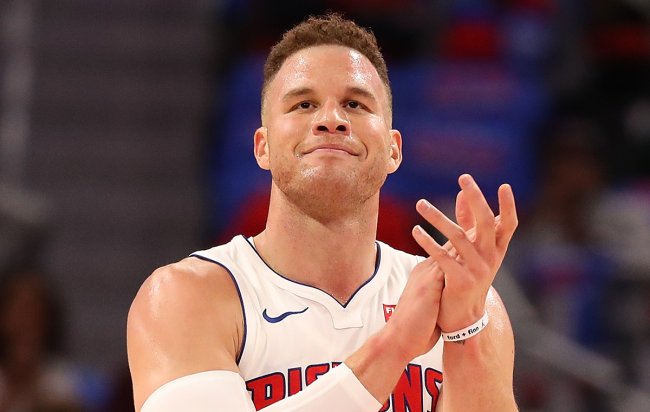 Anyone who decided to hop on the Clippers bandwagon in the decades following the team’s relocation to Los Angeles in the mid-1980s willingly subjected themselves to decades of mediocrity before being treated to a glimmer of hope in the form of Blake Griffin, who played a major role in helping the franchise turned things around a bit after securing Rookie of the Year honors in 2011.

Blake Griffin had all of the makings of a superstar when he first burst onto the scene and led the Clippers to the playoffs six seasons in a row (which was particularly impressive when you consider the team had only made it to the postseason four times since moving to L.A. prior to his arrival). However, they never managed to make it past the second round, and in 2018, the injury-plagued power forward was shipped off to the Pistons after his former team decided it was time for a rebuild.

It would be slightly unfair to say Griffin has fallen off of the map since arriving in Detriot, but it’s safe to say his skills have seen a noticeable decline as he’s slowly morphed into one of those players you sort of forget are still in the NBA until you remember they’re still sticking around when their name pops up in the headlines.

On Monday, I was once again reminded of Griffin’s continued existence after Adrian Wojnarowski reported he’s found himself embroiled in a contract dispute with the Pistons after once again finding himself playing on a mediocre team on the verge of rebooting that’s decided to remove him from the lineup.

When you consider Griffin has played in the NBA for 13 years without coming close to sniffing a championship, it’s easy to understand why he’s angling for a chance to play for a team capable of contending for a title. Given his injury history, it’s also easy to understand why he’d prefer not to take to the court while rocking the uniform of a team currently sporting an 8-19 record.

According to Wojnarowski, the Pistons are exploring trades and contemplating the possibility of a buyout as GM Troy Weaver promises he’s determined to “achieve a positive outcome for all involved.” However, as Darren Rovell notes, Detroit has some major incentive to figure things out as soon as possible, as the team will end up holding a bag containing over $500,000 for every contest Griffin misses until the two sides come to an agreement.

Blake Griffin makes more than $500,000 a game. For the foreseeable future will make that without having to step on the court. https://t.co/0J0u9lcOeA

When you take that figure into consideration, you’d think Griffin’s camp won’t exactly be in a huge rush to sort things out, but I guess only time will tell.