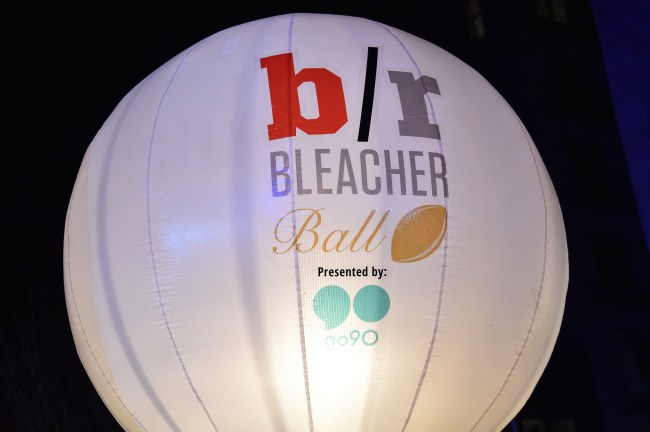 Bleacher Report (B/R) is building out e-commerce and content licensing departments, as the company looks to diversify its revenue streams (1/3 currently comes from ad sales on the company’s social media accounts) and reduce platform dependency (12% of referral traffic comes from Facebook). Best known for their “team streams”, delivering fan-specific news; the company intends on selling content themed merchandise, capitalizing on a series of successful original video brands (Game of Zones, Gridiron Heights, No Script) and their House of Highlights Instagram account (8 million followers). Come Spring, the company’s parent company Turner Broadcasting System will launch a sports streaming service; using B/R to drive viewers both through their website and mobile application. President Rory Brown said the goal is for the app to become the “home base for sports fans.”

Editor Note: B/R is the premier digital sports media outlet. In December, the company had 120 million “interactions” on social; more than 2x the number ESPN reported (55 million). The company has the most engaged readers because it consistently delivers the best content (across all sports). I don’t write that because B/R publishes our work; I pursued a partnership with B/R because I wanted to align with the best. We couldn’t be prouder to have an association with them.

Fanatics announced the launch of the American Express (AXP) jersey Assurance program; enabling NBA fans who purchase a player jersey with an American Express card, within the Fanatics network (including Fanatics.com, NBAStore.com), to exchange said jersey if the player leaves the team (due to free agency or a trade) within 12 months of purchase. AXP has taken the initiative to back both Fanatics existing program (90 days) and to extend the protection (for those who purchase with an AMEX), offering fans the confidence required to spend $250 for a new authentic Nike (NKE) jersey; knowing unforeseen changes could occur at any time before, during or after the season. Should a player relocate (and over 100 are free agents in ’18), fans will have the option to trade their existing jersey for a model on their new team or another player on the existing team.

Howie Long-Short: The NFL bought 3% of Fanatics in May 2017 for $95 million, at a $3.17 billion valuation; which was more than 2x its revenue at the time. Noteworthy, as retailers Dick’s Sporting Goods (DKS) and Hibbett Sports, Inc. (HIBB) currently have market caps ($3.72 billion, $498 million) worth roughly half of what they generated in 2017 sales ($7.92 billion, $973 million). That’s of no concern to NFL owners though, one was quoted as saying he could see the Fanatics growing “anywhere from 8-10x”.

Fan Marino: If you’re requiring usage of a jersey assurance program, you’re doing it wrong; you must take the player’s potential longevity with the team in to consideration. Look for guys that will retire with the franchise or a rookie with star potential, not a journeyman! From October-December, the league’s Top 10 most popular jerseys were; Curry, James, Durant, Antetokounmpo, Porizingis, Embiid, Westbrook, Simmons, Leonard and Harden. Only those with a recently purchased James jersey (and maybe Leonard) need to worry about holding on to their receipts. I do need to point out though, that during the ’16-’17 season, 5 players with Top 8 most popular jerseys were traded or free agents (Irving, Wade, Butler, Rose and Anthony).

Just three linear television networks submitted bids for the NFL’s Thursday Night Football package; Fox (submitted the highest bid), CBS & NBC. Twenty-First Century Fox (FOXA) reportedly bid more than the combined $450 million that CBS & NBC (CMCSA) paid in 2017. Both companies have acknowledged that they lost money on the package last season (advertiser interest declined) and stated they would be submitting lower bids for rights to the games in 2018. ABC/ESPN did not submit a bid, as the company did not think it could turn a profit at the going rate; nor did Turner, as it did not believe the league would sell the rights to a cable network (TWX is also tied up in a potential merger with T). TNF ratings on CBS and NBC are down 20% since 2015.

Howie Long-Short: When FOXA decided to sell $52.4 billion worth of assets (TV, film & RSNs) to DIS, the company restructured focusing on news coverage & live sports; so, adding TNF rights aligns with the new strategy, even if the games don’t immediately turn a profit. It’s reasonable to ask why Fox would outbid its competitors for a property that loses money. Simply put, they hope TNF can boost ratings on shoulder programming and want the opportunity to promote the network’s other shows. TNF remains a Top 5 primetime program. While it is the least valuable NFL package, it still maintains tremendous value relative to other television programming.

Fan Marino: NBC has the rights to the 2018 Super Bowl. Al Michaels (PBP), Cris Collinsworth (color) and Michelle Tafoya (sideline) will call the game. It will be the 10th time Michaels has called the Super Bowl. One individual that will be noticeably absent from the NBC broadcast is Bob Costas (who stated last February that he expected to call the game). Perhaps, in hindsight, it wasn’t the best idea to predict the demise of the country’s most popular sport.