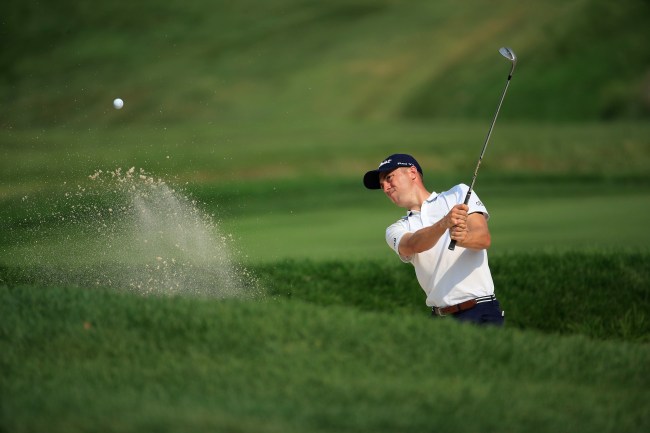 After a week hiatus from winning bets, Dustin Johnson nuked the entire field by 11 strokes, and rang the bell for us AGAIN, cashing in our 22-1 bet at the Northern Trust Open.

The insane run continues, as we come down the stretch of the PGA Tour season. Some stats on my picks this year:

Bananas. Let’s see if we can keep making it rain this week.

We head to the Olympia Country Club this week, for the BMW Championship. The tour hasn’t had an event here since the early 2000’s so there’s not a ton of information out there on the course. Listening to some quotes by the players after playing practice rounds, it sounds like the rough will be thick, and the course will play tough. Doesn’t seem like a birdie fest this week.

There is no cut this week, so all players are getting four rounds. When that’s the case, I don’t like to have too much invested in long shots, as the cream usually rises to the top when everyone is guaranteed four rounds.

Let’s have a look at who we are going to be rooting for to bring home some cash for us this week.

Below is a refresher on how I am allocating my bets this week, and who I like to take down the BMW Championship. 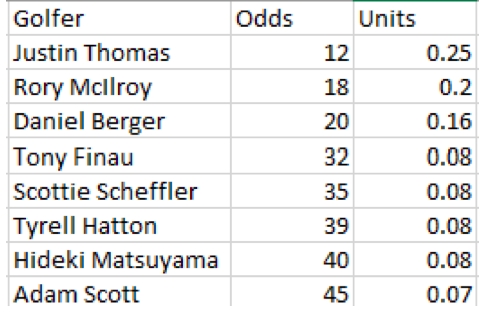 A smaller field without a cut, means we can feel more confident in lower priced guys, as they are guaranteed to score points for us all four rounds.

As is usually the case, Thomas ranks first in my model. He’s got great current form, and is elite in almost every category I am looking at for this course. JT has missed one cut since the tour returned, he’s a safe pick with big time upside to win the tournament.

Berger has been one of the most consistent golfers on tour since the tour returned, and this week should be no different. His current form has him as the second best birdie maker in the field recently, which should provide us with the upside we need at his price.

A middling price for one of the elite ball strikers on tour, Matsuyama ranks 6th in my model this week. If we can just get the one week that he figures out how to putt for a few rounds, Matsuyama has the potential to win this tournament outright.

Scott ranks 9th in my model, and I think that he is strictly priced this low because he hasn’t played that much since the tour returned. An elite ball striker, who has improved his putting somewhat through the years, Scott shows up in big events often. He could be a sneaky play to move up the leaderboard.

Palmer has been on a roll recently, and we are going to ride him again this week.  He finished 8th last week, and finished 2nd at the Memorial a few weeks ago. He’s hot, and his long terms stats are very good. Palmer should be a good value play this week.

This weeks cheap play is going to be Brendan Steele. Ranking 22nd in my model, he’s one of the cheapest golfers in the field. He probably doesn’t have the upside to win this tournament but at his price, he could pay off and get you the studs you need. He’s improved his birdie making ability recently, and there are no stats I am looking at that he could be considered “poor”. He’s my cheap play of the week.