BMW Championship Preview And Picks: The Second Leg Of The FedEx Cup Playoffs Is Here As The Top 70 Take On Medinah 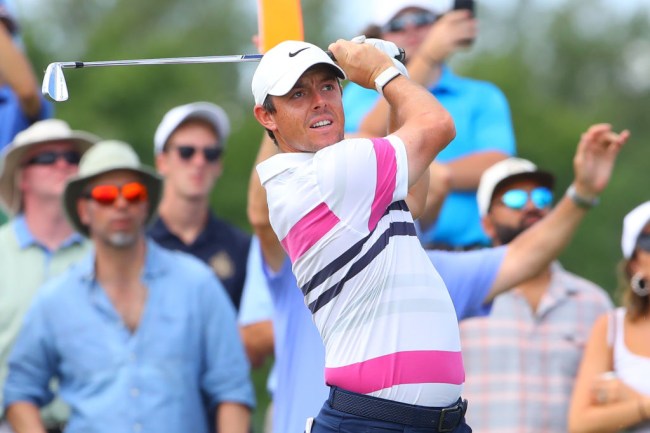 The Top 70 players in the FedEx Cup standings are headed to Chicago this week for the BMW Championship, the penultimate event of FedEx Cup Playoffs.

Brooks Koepka holds the top spot in the standings while Patrick Reed sits in the No. 2 spot fresh off of his win last week at The Northern Trust Open. Tiger Woods, who withdrew last week due to an oblique strain, is set to play this week and will need to play well as he’ll start the tournament at 38th in the standings.

Only the Top 30 in the FedEx Cup standings move onto next week’s Tour Championship in Atlanta.

With just a 70-man field this week, there is no cut line.

The No. 3 course at Medinah Country Club plays host this week. While Medinah is a familiar name to most, the last time we’ve seen this track in the spotlight was seven years ago for the 2012 Ryder Cup. It also hosted the PGA Championship back in 1999 and 2006, both won by Woods.

Medinah isn’t a short course as the Par 72 stretches over 7,600 yards which immediately tells us the bombers will have an advantage this week. You can’t just blast it anywhere off the tee however as the rough will be on the higher side.

Medinah is a classic tree-lined course and it’s bentgrass greens are on the smaller side, which again puts an asterisk on the importance of accuracy this week. The greens won’t be nearly as fast as what we saw last week at Liberty National; they will likely be much more receptive.

Distance off of the tee is a plus each and every week, but it seems as if it’ll be an even bigger deal this week and with that, it’s tough to not give McIlroy a look here.

He is first on the Tour in strokes gained: off the tee and is second on Tour in driving distance averaging 313.6 yards per drive. The fact that he sits first in eagles and second in birdies average doesn’t hurt either. It’s worth noting all three Par 5’s this week will play over 575 yards, which should be an advantage for bombers like McIlroy.

He enters the week coming off of T-4 and T-6 finishes in his last two starts.

Another bomber pick here in DJ, but it’s hard not to like him this week after showing flashes at The Northern Trust as he held the 36-hole lead.

Johnson can, of course, put it out there off the tee, but it’s his iron and wedge game that makes him a nice pick this week at Medinah. He sits 60th on Tour in proximity to hole average, but when it comes to proximity from the rough he’s 19th on Tour. He’s 12th in strokes gained: approach as well.

He’s coming off of back-to-back Top 24 finishes and just like I said last week, it feels like it’s been far too long since we’ve seen DJ in the winner’s circle (WGC-Mexico in February).

So after I just listed the No.3 and No. 2 players in the world as picks, I’ve got to go a little further down the odds sheet with the third pick.

Horschel has been playing extremely well over the last three weeks and has flown under the radar while doing so. He’s gone T-9, T-6 and T-21 in his last three starts and that T-21 finish last week came after an opening-round 1-over 72.

Putting has been where Horschel has made his money this year as he ranks 14th on Tour in strokes gained: putting. He was a perfect 58-for-58 at The Northern Trust in putts inside eight feet.

He’ll start the week at 39th in the FedEx Cup standings looking for a good week to squeeze inside the Top 30 to qualify for Atlanta.