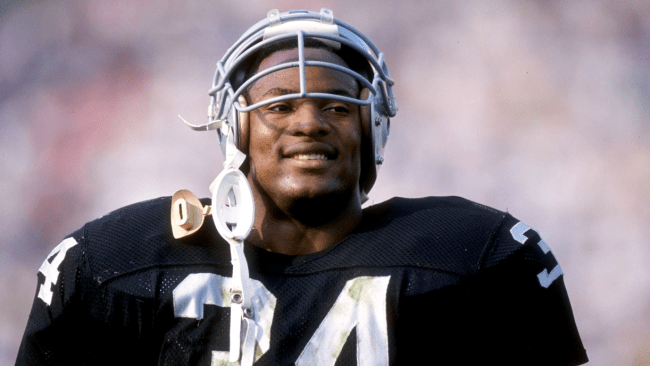 Bo Jackson, the greatest athlete ever, sat down this week with Tony Anderson on Sports Seriously and discussed everything from Aaron Judge’s historic season, Deion Sanders possibly coaching at Auburn, why dual sport threat Kyler Murray was correct to pick football over baseball, and why Major League Baseball has a brighter future than the NFL.

“Nobody deserves it more than he does because I like the way this young man carries himself,” said Bo. “I like the fact that he’s a team player. I like that he’s an unselfish player. I like the fact that he could have been controversial at the beginning of the season because he did have a contract and he just said, ‘hey, let’s wait till after the season is over then we can talk.’ Trust me, they’re gonna be some talking now.”

Congrats on all of your accomplishments this year @TheJudge44. Thank you for carrying yourself the way you do. I’m pulling for you.

“Deion could coach anywhere in the country — college or professional level— that he wants to,” Jackson said. “It’s just whether or not the organization is ready for Prime. You can look at what he’s done for Jackson State in the short amount of time he’s been there. He has the charisma. He has what it takes because Deion, like myself, we were coached old-school and that’s the way he’s coaching his players. You’re seeing the results.”

Bo on which league has a brighter future: MLB or NFL?

“Both of them have grown exponentially and and and I would say baseball,” said Jackson. “Because of salaries. Because of the salaries, all the rights, yes, it has to be baseball.”

Bo on his favorite memory from playing football and baseball…

“My favorite memory of both sports is getting thrown out of a baseball game on purpose,” said Bo. “July 21st, 1990, we’re playing the Milwaukee Brewers. I was with Kansas City Royals and I made up my mind that I’m gonna get tossed out of the game first at bat. And I took strike three right down the pipe and I turned around and had a few choice words for the umpire and he tossed to me out of the game and I said thank you. I went inside and changed. I didn’t even shower, put on my clothes, got in my car and I went to spend the rest of the day at the hospital with my wife and my daughter who was born that morning at 6:30.”

Bo also talked about Deion Sanders trying to tackle him (he couldn’t) and the new book The Last Folk Hero: The Life and Myth of Bo Jackson, which he says was “unauthorized.”

If someone releases an “unauthorized biography,” it means they are using someone else to profit for themselves. Don’t be fooled into thinking this is a true representation. If you want to hear the real story, then wait for me to release it.

Listen to the entire conversation with Bo below…