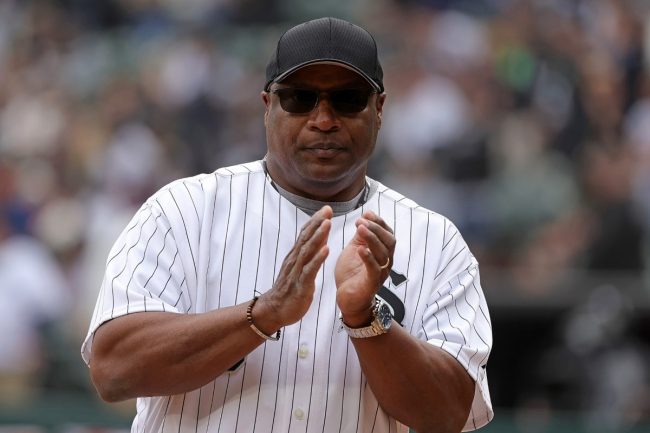 Bo Jackson is making waves in the sports world following his latest act of generosity. The former NFL running back helped pay for the funerals of 19 children and two teachers involved in the Uvalde school shooting.

The original donation was made in anonymity back in May, though he revealed himself to the public this week.

Here’s what the sports legend had to say about the massacre.

“I don’t know if it’s because I’m getting old. It’s just not right for parents to bury their kids. It’s just not right. I know every family there probably works their butts off just to do what they do. … The last thing they needed was to shell out thousands of dollars for something that never should have happened.”

Jackson went on to comment on the town of Uvalde, a place he’s grown familiar with after making many stops throughout his travels across the Unites States.

“Uvalde is a town that sticks in your mind. Just the name. I don’t know a soul there. It just touched me.”

Jackson weighed in on the shooting in May, urging the country to come together in a time of loss.

America…let’s please stop all the nonsense. Please pray for all victims. If you hear something, say something. We aren’t supposed to bury our children. I’m praying for all of the families around the country who have lost loved ones to senseless shootings. This cannot continue.

He wasn’t the only sports personality to speak out on the tragic incident, but Jackson was able to give a $170,000 donation in order to help cover the funeral costs for victims. While the families are gracious for the gesture, nothing can ease the pain of losing a loved one.

Bo Jackson has always been my favorite athlete of all-time https://t.co/wuz0RcG0ex

Bo knows how to be a good human. 🙏 https://t.co/4HMRyEsMqP