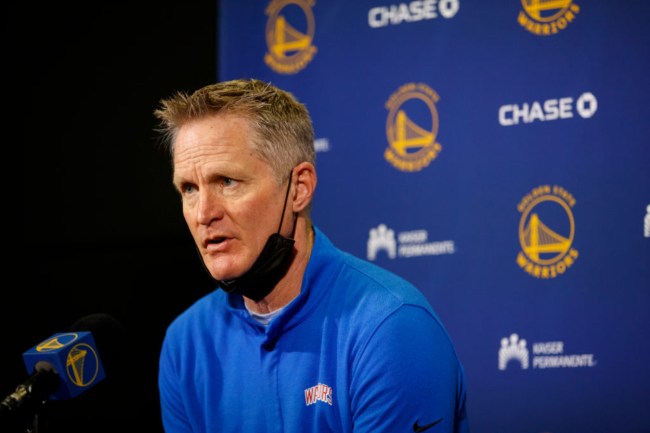 Golden State Warriors head coach Steve Kerr didn’t talk about basketball during his media availability ahead of his team’s Game 4 matchup against the Dallas Mavericks.

Instead, he passionately and emotionally spoke for almost three minutes about the shooting that occurred at Robb Elementary School in Uvalde, Texas on Tuesday afternoon.

Kerr’s message, and his plea to lawmakers, were powerful.

“Since we left shootaround, 14 children were killed 400 miles from here (Dallas), and a teacher,” Kerr said. “In the last 10 days, we’ve had elderly black people killed in a supermarket in Buffalo, we’ve had Asian churchgoers killed in Southern California, now we have children murdered in school.”

“When are we going to do something?” an emotional Kerr shouted while banging on the table. “I’m so tired of getting up here and offering condolences to the devastated families that are out there. I’m so tired. I’m sorry. I’m tired of the moments of silence. Enough.”

You can watch Kerr’s full message below.

Sadly, Kerr’s message of 14 students being killed is now inaccurate. According to the latest reports, the 18-year-old shooter reportedly killed 18 students and three adults before being killed by responding officers.