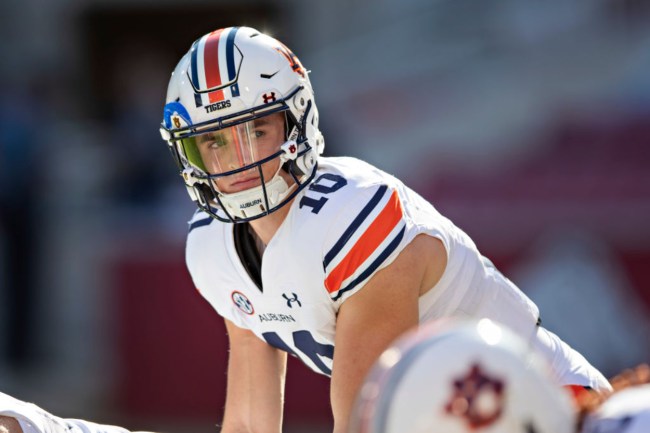 Bo Nix’s time as an Auburn Tiger appears to be over after he announced on Sunday night that he would be entering the NCAA’s transfer portal.

Nix was a three-year starter at Auburn but had his most recent season cut short after suffering a broken ankle against Mississippi State later in the year.

Nix, the son of a former Auburn QB, made his announcement in a video posted to his Instagram explaining that it was a difficult decision given his personal ties to the university.

“I have loved Auburn from the moment I knew Auburn,” Nix explained. “All I ever wanted to do was win a championship for Auburn. I can truthfully say that I’ve given everything that I have for that goal and have played in so many amazing games because of it.”

Nix was a five-star recruit and was the No. 1 ranked dual-threat quarterback in the 2019 class. He started under center as a true freshman and led the Tiger to a 9-4 record and a win in the Iron Bowl over Alabama.

The college football world reacted to the Nix news accordingly:

Hard to believe, but Bo Nix has never lost to Nick Saban. 🤯 pic.twitter.com/VMMJHC0bds

I’m curious to see what Bo Nix looks like when not being coached by Gus and Mike Bobo.

Kinda feel like there’s a good player in there somewhere

There’s no way to spin injured Bo Nix leaving Auburn for a better opportunity elsewhere as anything but an embarrassing disaster for Auburn coach Bryan Harsin.

When Bo Nix is backing up Spencer Rattler at Ole Miss pic.twitter.com/a8LtkYqvBa

Nix will be eligible to play immediately next season as a graduate transfer.