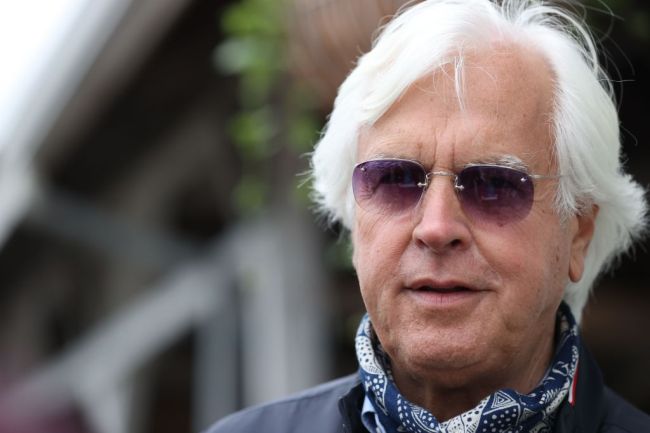 Hall of Fame trainer Bob Baffert has been suspended by Churchill Downs after his horse Medina Spirit tested positive for the topical steroid cream betamethasone after winning the Kentucky Derby. This isn’t the first time one of Baffert’s horses has tested positive for a banned substance, in fact, his horses failing drug tests has become a running theme in the world of horse racing, and it’s clear he’s running out of excuses.

Following the news that Medina Spirit failed the post-race drug test, Churchill Downs released a statement that Baffert has been indefinitely suspended from the home of the Kentucky Derby and that if the findings of the drug test are upheld then Medina Spirit’s Derby win will be invalidated and Mandaloun would be declared the winner.

Baffert, obviously displeased with Churchill Downs, joined Fox News on Monday and said his suspension was a result of some sort of “cancel culture” and America being “different.”

He really went on national television and said those things.

Baffert: My horse is a victim of cancel culture pic.twitter.com/PgWWtiidAI

As the failed drug test was announced, Baffert immediately denied that Medina Spirit was given the substance.

“We did not give it to him,” the seven-time Derby winner said. “The vet, no one, has ever treated him with it. This is a gut punch for something I didn’t do. It’s disturbing. … I don’t know what’s going on in racing right now, but there’s something not right. I don’t feel embarrassed. I feel like I was wronged. We’re going to do our own investigation.”

“I do not feel safe to train. It’s getting worse and to me, you know going forward, how do I enjoy training? How do I move forward, knowing something like this could happen? It’s complete injustice but I’m going to fight it tooth and nail.

It’s interesting that Baffert only now feels that it’s unsafe to train given his sketchy history.

This is the same Baffert that owned Justify, an eventual Triple Crown winner who tested positive for scopolamine after the 2018 Santa Anita Derby. In 2020 it wasn’t just one of his horses that tested positive for a banned substance, both Charlatan and Gamine both did following the Arkansas Derby.

After having to, again and again, come up with reasons as to why his horses continue to get popped for illegal substances, it appears Baffert has run out of ways around the situation and gone into full-denial mode while even suggesting some sort of evil plot is taking place in his horse stalls.

The horse racing business is far from being clean and maybe someone did perhaps tamper with Medina Spirit’s sample, but that’s a tough long shot to get behind given the various run-ins Baffert’s camp has had over the years.