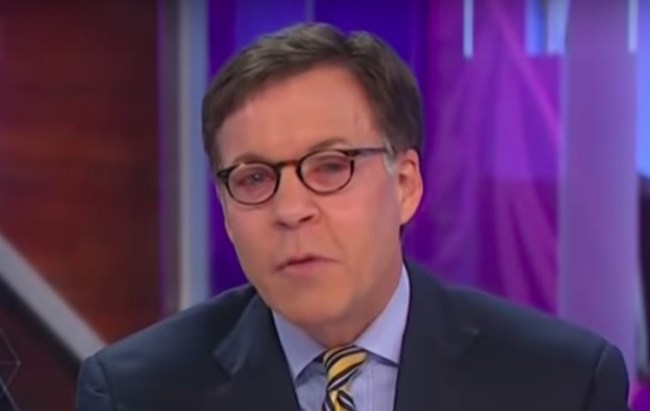 I might not be the biggest golf fan in the world but there aren’t many things I look forward to every year than tuning into the Masters, which is truly “a tradition unlike any other” thanks in no small part to the soothing voice of Jim Nantz, the man who coined the iconic phrase.

Nantz started covering the tournament before I was even born and is one of a few figures who’ve seemingly always been there to help me navigate the world of sports over the course of my life.

I also have a special place in my heart for Bob Costas, who’s been working for NBC for that past 40 years. He’s covered virtually every sporting event over the course of his career, but according to The New York Post, the end of an era has finally arrived.

Over the summer, there were rumors that Costas was planning on leaving NBC a year after he announced he’d no longer be covering the Olympics for the network. On Monday, our worst fears were realized when he spoke with the outlet and confirmed his departure, saying, “It’s all settled quietly and happily for all concerned.”

The longtime staple will still cover games for MLB Network and says he’s exploring the possibility of hosting his own interview-based television show (which will hopefully work out better for him than it did with Bill Simmons).

Costas had plenty of defining moments over the course of his storied career— including this moment from the 1998 NBA FInals.

However, I’d like to take a brief moment to appreciate the 2014 Winter Olympics in Sochi and look back at the time he was forced to apologize for his messed up eyes after an infection.

This was the same Olympics where he sat down and ripped a shot of vodka with Mary Carillo and proved he’s the consummate bro in the process.

Thanks for the memories, Bob. Things won’t be the same without you.