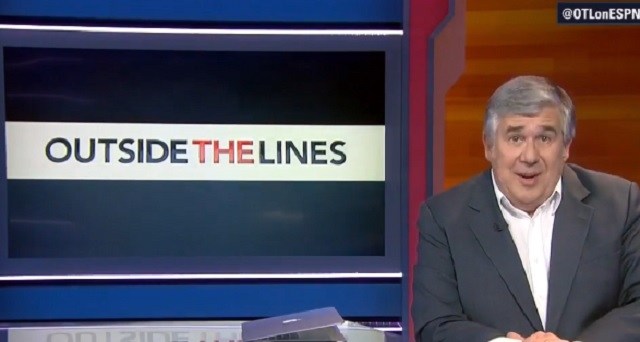 After initially signing off the air back on September 28, 2018, legendary ESPN broadcaster and anchor Bob Ley has officially announced his retirement from the network.

In a tweeted statement posted around 9:30 a.m. on Tuesday, June 26, Ley — who has been at the iconic sports network since it was first launched in 1979 — announced that he was retiring from ESPN, a decision that was entirely his own.

“Across 40 years I have enjoyed a professional journey unimaginable when I joined ESPN on its first weekend of existence in 1979. Each day since has been a unique adventure, one I embraced for the challenge and unequaled fun of a job like no other. Now, it is time for a change,” Ley begins.

“I will be retiring from ESPN, as of the end of the month. To be clear, this is entirely my decision. I enjoy the best of health, and the many blessings of friends and family, and it is in that context that I’m making this change.”

Too many folks to thank individually, right now, but know that I have you all in my mind and my heart. Some news to share: pic.twitter.com/Qydhpcy4MV

Ley, who was the network’s longest-tenured on-air personality prior to his retirement,  spent the majority of his ESPN career hosting SportsCenter and Outside The Lines.

“To Jimmy Pitaro ad his senior leadership team, my sincere personal thanks for their understanding and patience over the past months. Through the decades, and my innumerable experiences at ESPN, I have built many deep and fulfilling friendships. You know who you are. I hope you also know how much you mean to me. We have shared an American story unlike any other. And we will continue to do so in the years ahead,” Ley continued.

In addition to hosting ESPN staples SportsCenter and Outside The Lines, Ley also spearheaded the network’s soccer coverage, acting as ESPN’s primary studio host for major international soccer tournaments such as the 2010 World Cup, the 2011 Women’s World Cup, and the European Championship in 2012 and 2016.

“I have been gifted by our viewers and consumers with a precious commodity – your trust. To be invited into your homes was a privilege I never took for granted, one I worked each day to uphold. Thank you for that.

In September, I signed off my last show saying, “I’ll catch you on the flip side.” Now it’s time to take that vinyl off the turntable (ask your folks), flip it over, and drop the needle o the B-side. There are always great cuts, and hidden gems on the B-side. Thank you for a great run,” Ley closed in traditionally classy fashion.

At this time, it’s unclear if Ley — still just 64-years-old — is retiring strictly from ESPN or broadcasting in general.

Following the announcement of Ley’s retirement, people from all corners of the sports media landscape began paying tribute to the ESPN icon:

Bob Ley touched on every generation, working at ESPN all the way from 1979-2018.

For me, I'll always remember eating breakfast Sunday morning as a kid, letting him take me deep into a story via @OTLonESPN. https://t.co/gtlzl10zT9

coolest man at the operation. in many ways, outside the lines jumped my career off, largely due to the indulgence of bob ley. https://t.co/XXFzP73LlU

Much admiration for Bob Ley, both the quality of his work in the absurd length of his career. In an industry that's so often about screaming and self-promotion and shtick and Look At Me, he was a fairways and greens guy, and a legitimate journalist. I'll miss him.

Dan told a story yesterday on air. When he was 26 and trying to get a good job in sports media, he sent a tape and letter to Bob Ley. Bob was nice enough to mail back to Dan a page-and-a-half of notes and advice. A few years later Dan was on Sports Center with Bob Ley. https://t.co/CWrEhENt6d