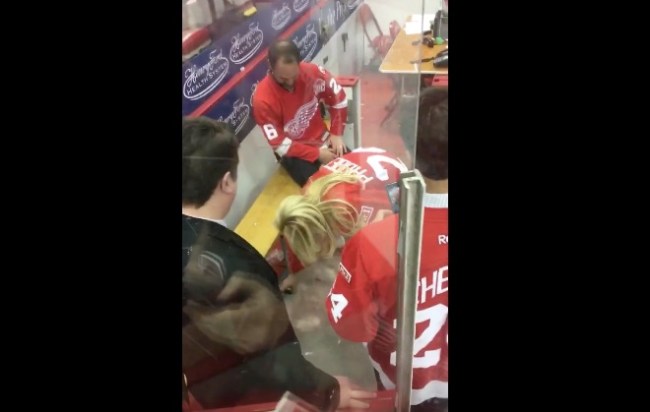 The ceremony of laying Bob Probert’s ashes took place during the Red Wings’ final home game of the season, and it was emotional for everyone involved. The ceremony also marked the final game in the Joe Louis Arena, their home for the past few decades. Here’s one of Bob Probert’s daughters sending out a tweet about the memorial to her father:

Mom spreading dad's ashes in the penalty box at The Joe… Can't think of a better place for him. So much love #FarewellToTheJoe

Here’s Bob’s wife laying her late husband’s ashes to rest in the penalty box, the place Bob Probert spent a considerable amount of time during his career as an NHL enforcer: