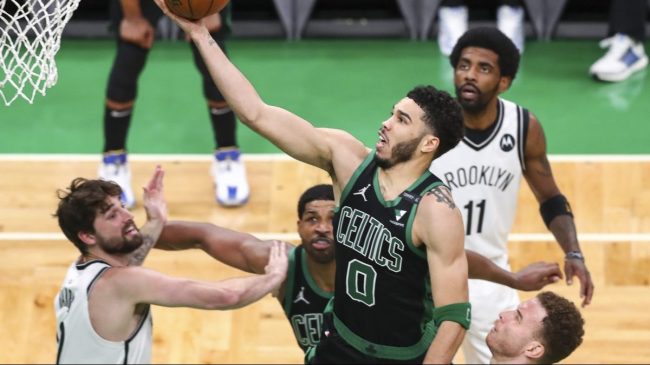 The Boston Celtics have had a tumultuous offseason, to say the least. From Jaylen Brown trade rumors to head coach Ime Udoka getting suspended for an inappropriate relationship with a staff member, things have been rough for the reigning Eastern Conference champs.

But now training camp is underway. And the Celtics are taking that opportunity to finally focus on basketball. One way they’ve opted to do that is by addressing holes on their roster.

Starting center Robert Williams will miss the start of the season following a second surgery on his knee. So Boston is calling in the reinforcements. But not just any reinforcements, the Celtics are bringing in a six-time NBA All-Star.

Blake Griffin may no longer be at the peak of his powers. Griffin was, after all, a six-time NBA All-Star who made the game every year from 2011-2015 and was named to five All-NBA teams. But Griffin is still plenty valuable.

The Oklahoma product played 17 minutes per game for the Brooklyn Nets last season. He averaged 6.4 points per game to go along with 4.1 rebounds and 1.9 assists. Griffin was also one of the few Nets players that were actually helpful in the team’s 4-0 loss to the Celtics in last year’s playoff series.

Now he’ll be plying his trade in Boston full-time. At least for the foreseeable future.

Most NBA fans glossed over the move, figuring that they’ve already seen the best of Griffin and that it’s long gone.

But others still see value in Griffin and the positional versatility he can bring off the bench.

I like this deal. Enough opportunity without over tasking, could play 4/5. Makes more sense to go hybrid than purely get a big. https://t.co/svzyxVnMDW

BLAKE OF THE YEAR @blakegriffin23

Griffin is entering his 14th NBA season and Boston is his fourth different team. Though he’s still seeking his first NBA championship.