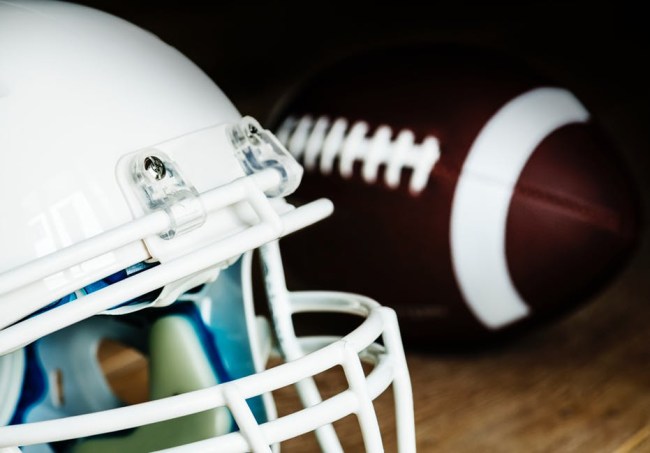 Boston College’s Athletic Director, Martin Jarmond, wants to do right by all those fans who traveled to his school’s bowl game this year — the cancelled SERVPRO First Responders Bowl — and it’s a pretty tasty offer, if you ask me.

After the bowl game kicked-off in Dallas yesterday against Boise State, with Boston College leading 7-0 in the first quarter, play was postponed at the 5:08 mark of the first quarter because of lightning spotted in the area. As storms continued to roll through the city all afternoon, the game was eventually cancelled, which had to be a pretty awful feeling for anyone who traveled to the bowl game. I mean, could you imagine missing Christmas the day before to see about 10 minutes of a a mid-level game like the SERVPRO First Responders Bowl? Yeah, that’d be pretty sh*tty.

Fully understanding that, Martin Jarmond wanted to let Boston College fans know that he’s with them, and, because of them showing support in Dallas, he offered a pretty awesome deal for future BC sporting events. Look at the tweet Jarmond sent out yesterday afternoon.

To our fans who purchased tickets through BC, you will get a full refund by Jan. 2nd. Also, pick any home athletic event between now and next December and get free tickets for the number of bowl tickets purchased compliments of @BCEagles . Thank you for your support! #WeAreBC

Just to get that right, Boston College is offering those who purchased tickets through the school a full refund from the SERVPRO First Responders Bowl by January 2, and the chance to pick any BC home sporting event between now and next December, 2019 for free. If you’re going to try and make pissed off fans happy, that’s the way to do it.

Boston College should be applauded for doing something like this, as the game itself technically went into the record books as “no contest” after being cancelled. But they’re not the only ones offering up a deal, as the SERVPRO First Responders Bowl also said they’re giving away a refund in a tweet.

Due to the cancellation of this year’s SERVPRO First Responder Bowl, ticketholders will have the option of a full game ticket refund OR tickets to next year’s game at no cost, with two additional tickets offered per order. Email info@firstresponderbowl.com

When there’s damage control, it’s good to see people doing the right thing by giving people money back and some other options to try and make it right. Now if only airlines could follow the lead here, everyone’s travel experiences might be a little bit better.