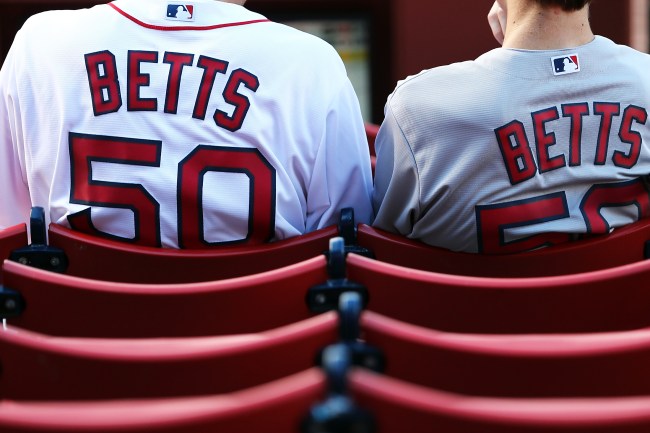 Boston Red Sox fans everywhere are still trying to rid themselves of a hangover following the team’s World Series victory over the Los Angeles Dodgers the other night. But one BoSox fan, Josh Davis, 36, is just trying to recover from the unnecessary beating he took from a number of Dodgers fans while wearing his Red Sox gear at Dodger Stadium during the series.

According to NESN, per Larry Brown Sports, Davis is still recovering from five stab wounds, a fractured nose and missing teeth in LA’s Cedars-Sinai Hospital from the ambushed attack from Dodgers fans, which occured on Sunday night following the Red Sox victory. Davis detailed the altercation for the first time, spilling gruesome details that included allegedly being stabbed by a screwdriver by one of the attackers, as well as having his wallet and cell phone stolen, per NESN.

Davis said he was confronted on the sidewalk by two men blocking his way, one of whom he remembers wearing a Dodgers jersey and cap.

“Get your (expletive) out of here, this is Dodger country right here,” the man allegedly said to Davis, who was wearing a Red Sox hat.

Davis said he could tell right away it wasn’t just friendly banter. As many as nine or 10 different people wound up assaulting Davis.

“It should never come to beating the crap out of people, you know what I mean?” said Davis, a Massachusetts native who now lives in Los Angeles. “I got a lot of Dodger fan friends…I’m not going to let one bad apple ruin it for me…or 10.”

Davis believes he was stabbed with a screwdriver.

What the hell, Dodgers fans? Sports is supposed to be passionate, but this is ridiculous, and something nobody should have to encounter for wearing their team’s colors in enemy territory.

While the attack left Josh Davis in the hospital, who is from Boston but lives in L.A., the LAPD is still on the hunt for details of the assault, as they investigate the case as an assault with a deadly weapon and a robbery. No arrests have been made, however.

This is scary, sad and embarrassing, but it’s not the first time we’ve seen Dodgers fans attack someone at random. Remember that, back in 2011, a San Francisco Giants fan named Bryan Stow was randomly beaten by Dodgers fans, leaving Stow in a coma for nine months and sending the attacker to jail for three years.

No one should have to deal with this, so here’s to a speed recovery for Josh Davis so he can celebrate the title with other Boston Red Sox fans, as well as the perpetrators getting caught and held responsible for what they did.