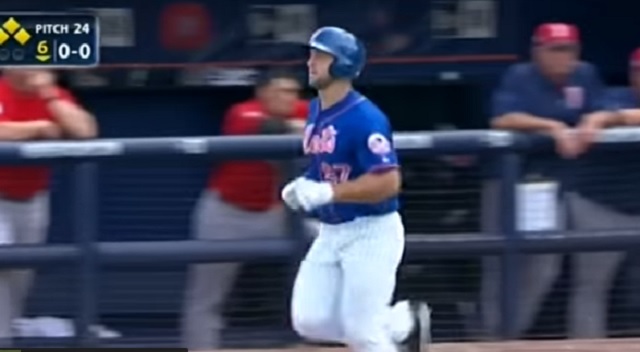 On Monday, the NY Mets announced Tim Tebow was headed to the minors and would play in Single-A with the Columbia Fireflies in the South Atlantic League.

Apparently the Mets announcement pissed off rival affiliate the Greenville Drive who then began shit all over Tebow on Twitter.

Welp, we know who our @BurgerKing #StrikeoutKing @ #FluorField will be 6/13-15. Guaranteed Whoppers for everyone when @TimTebow K's 3x! https://t.co/L4J5OtTMVh

We're not judging…okay, maybe we are. Big difference in HS kids playing in Class A and 28-year-old wannabes https://t.co/NmUKODaPiA

@GreenvilleDrive @BurgerKing @TimTebow A classless post by a classless organization. I'll take Tebow and what he stands for any day. Idiots

Which forced the Drive to apologize.

I guess we'll call it a day. Thanks for playing along. Apparently some were offended & for that we apologize #LetsGlowTebow pic.twitter.com/FlmXLZ4i6z

For what it’s worth I do think Tebow should get some credit for actually trying to make it in baseball even though the Mets are probably using him as a PR stunt.