Boxer Errol Spence Jr. In ‘Serious Condition’ After His Ferrari Flipped Over Several Times And He Was Ejected From Driver’s Seat In Scary Car Accident 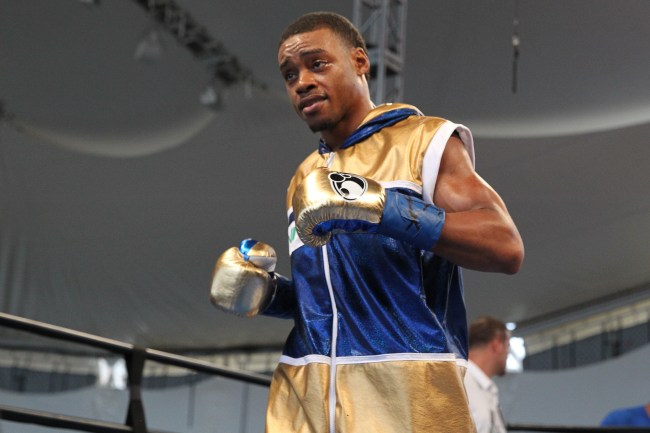 Boxer Errol Spence Jr. is in serious condition after being involved in a scary car accident in Dallas this morning.

According to reports on the scene, Spence was ejected from the driver’s seat after his Ferrari rolled over several times during the crash.

According to police, the vehicle was going at a high rate of speed in the northbound lanes in the 500 block of S. Riverfront Boulevard. The vehicle went over the center median and flipped multiple times, ejecting the driver. Police say he was not wearing a seatbelt.

Police say the driver was taken to the hospital in serious condition and is expected to survive. He remains in the intensive care unit.

His identity was not officially released but sources close to Spence confirmed he was involved in the crash.

While Spence is in intensive care it doesn’t appear that his injuries are life threatening.

Errol was in an accident, and his parents are with him at the hospital,” Premier Boxing Champions spokesman Tim Smith told ESPN. “The doctors are monitoring his condition, but his injuries are not life-threatening. We will have further updates as the doctors update his condition. We’re all wishing the best for Errol.”

Images from the crash site are pretty frightening. Spence is definitely lucky to be alive.

BREAKING! CBS 11 in Dallas reporting this morning that boxer Errol Spence rolled his Ferrari and that "Police say the driver was taken to the hospital in serious condition and is expected to survive." #boxing #boxeo pic.twitter.com/TZ76W8In3V

UPDATE: Sources tell @CBSDFW Pro boxer ERROL SPENCE JR is the “high-profile man” @Dallaspd says was seriously injured after being ejected from the #Ferrari he was driving during a rollover crash on Riverfront Blvd. He was transported hospital, but expected to survive. #BREAKING pic.twitter.com/JjkCP2OcXz

Riverfront just reopened. The Ferrari has been loaded onto a wrecker and taken away. Police have not yet said who was driving, but it’s a “high profile” person, taken to the hospital with serious injuries. pic.twitter.com/LBoY46b0kO