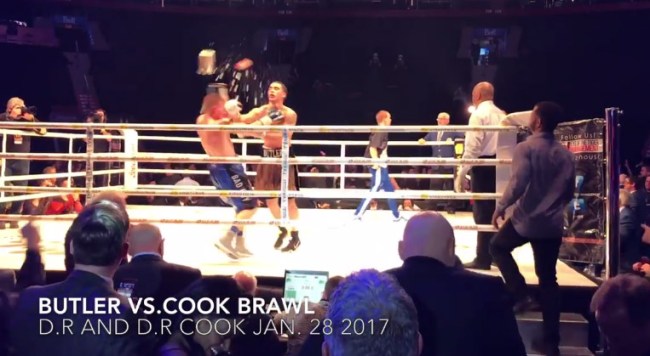 Pretttay sure this isn’t how the Ice Bucket Challenge is supposed to work.

According to CBC, at least four people were injured during the melee at Montreal’s Bell Centre, including two employees as well as a man and a woman in the crowd.

​Two men were arrested and Montreal police say more arrests may be forthcoming.

Check out the very wild video below…