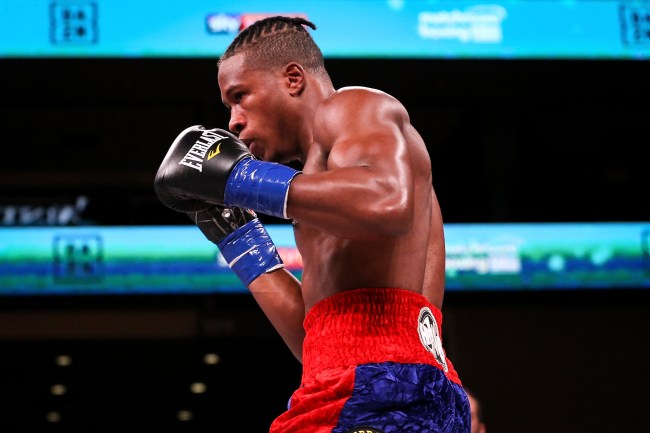 27-year-old Junior middleweight boxer Patrick Day died from brain injuries today at Northwestern Memorial Hospital in Chicago just four days after getting knocked out in his fight against Charles Conwell .

On Saturday night Day was knocked down three times in the fight before it was stopped in the 10th. He was later given oxygen treatment in the ring, and was forced to leave on a stretcher before he was rushed to the hospital.

Day would experience seizures, had to have emergency brain surgery and was in a coma until he was pronounced dead this afternoon.

It is with the deepest sadness that I share the following statement on Patrick Day. https://t.co/SF1suXCBtB

“Patrick Day passed away today, October 16, 2019, succumbing to the traumatic brain injury he suffered in his fight this past Saturday, October 12, at the Wintrust Arena in Chicago, IL. He was surrounded by his family, close friends and members of his boxing team, including his mentor, friend and trainer Joe Higgins. On behalf of Patrick’s family, team, and those closest to him, we are grateful for the prayers, expressions of support and outpouring of love for Pat that have been so obvious since his injury.
“

Many fans and boxers took to social media to pay their respects to Day.

Patrick Day was always kind, happy and an exceptional good man who was outstandingly passionate about boxing. We will always remember you for all of that. pic.twitter.com/v506g26nmX

Rest In Peace Patrick Day… Fighters put their lives on the line for the love of the sport. Prayers to the family 🙏🏽

Devastated to hear the news of the passing of Patrick Day.I met him for the first time last Thursday,what a charming young man with a dream and a smile that lit up the room.Our deepest prayers are with his family, his trainer Joe Higgins,Charles Conwell and promoter Lou DiBella🙏

R.I.P. to Patrick Day. 27 years old, he had his whole life ahead of him. Rest easy Champ 🖤✊🏽 pic.twitter.com/KW4eEdLeor

This is my last time speaking on the situation because of this being a sensitive topic not only for his family and friends but for myself and the sport of boxing.
Dear Patrick Day,

I never meant for this to happen to you. All I ever wanted to do was win. If I could take it all back I would no one deserves for this to happen to them. I replay the fight over and over in my head thinking what if this never happened and why did it happen to you. I can’t stop thinking about it myself I prayed for you so many times and shedded so many tears because I couldn’t even imagine how my family and friends would feel. I see you everywhere I go and all I hear is wonderful things about you. I thought about quitting boxing but I know that’s not what you would want I know that you were a fighter at heart so I decided not to but to fight and win a world title because that’s what you wanted and thats what I want so I’ll use you as motivation every day and make sure I always leave it all in the ring every time. #ChampPatrickDay With Compassion, Charles Conwell