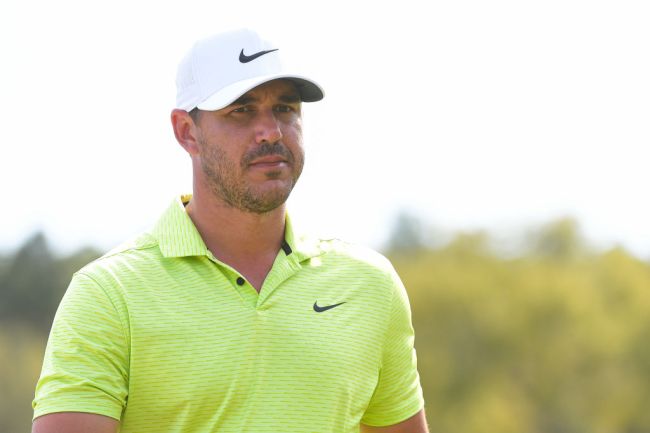 The month of March has not been too kind to Brooks Koepka. On March 7, Koepka withdrew from The Players citing a right knee injury. Fast-forward to this past weekend and Koepka informed Golfweek that he had suffered “a right knee cap dislocation and ligament damage” and had undergone surgery. Koepka also explained that he was undecided on whether he would be teeing it up in next month’s Masters.

While most initial reactions were focused on whether or not Koepka would be ready to go for Augusta in a few weeks, based on what Brad Faxon said on PGA Tour radio, we could go quite a while without seeing Koepka tee it up again. According to rumors Faxon is hearing, Koepka could be out for up to eight months.

“There was rumors around here, The Honda Classic was last week where I live, I was on the range with caddies and talking, and I have instructor friends, I think this injury is way more serious than Koepka’s letting on. I’ve heard, you know, patella injury, post collateral ligament, PCL. I’ve dealt with multiple ACL injuries, and I’ve heard rumors he’s out for six to eight months. So I don’t think the Masters has a chance,” Faxon explained.

“I’m not saying I want that to happen for Brooks in any reason. We need him on the TOUR. He’s a hell of a player, but I think he’s going to battle this one. PCL’s a tough injury to get over. Couple that with the other parts of the knee that got injured and we may not know the true story, kind of like we may not know the full story with Tiger, but I know we’re pulling for him.”

"I think this injury is way more serious than Koepka is letting on"@BradFaxon tells @MichaelBreed & @therealGFD that it may be a while before we see Brooks Koepka back on the golf course pic.twitter.com/sYU2gRYsPs

Koepka underwent surgery on March 16, in California and he is currently undergoing physical therapy on the West Coast as part of his recovery. He described the injury as a sprain suffered while with his family in Florida.

It’s worth noting that Koepka previously suffered an injury to his left knee that kept him away from the game for quite some time after slipping on concrete in October of 2019.