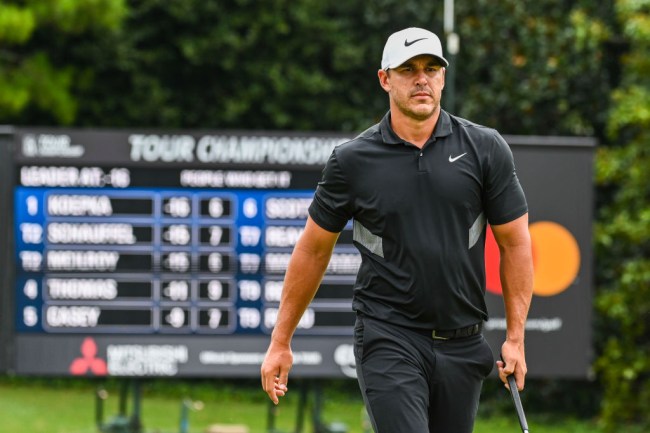 Brooks Koepka hasn’t played a competitive round of golf since October, but the world’s No. 1 player is set to return to action at this week’s Abu Dhabi HSBC Championship after recovering from a left knee injury.

Koepka has been battling through some left knee problems since last March, but actually re-injured it in October at the CJ Cup at Nine Bridges after slipping on concrete. The injury was such a problem that it forced him to withdraw from the Presidents Cup.

While he’s kept details mostly under wraps, Koepka opened up with the media in Abu Dhabi on Tuesday and described what sounds like a rather gruesome injury. Basically, his kneecap was moving all over the place, which doesn’t sound too pleasant.

“In Korea I re-tore it, and the kneecap had moved into the fat pad,” Koepka told reporters Tuesday in Abu Dhabi. “That’s excruciating. It’s a lot of pain. It’s not fun.”

“It does feel stable, which leaving Korea and all the way up to about a month and a half ago, it felt like it could go either way,” Koepka said. “It could go left, out, back, it could go any way. Even when I got the green light, I just didn’t know whether it was going to feel right, whether you’re going to be the same, how is it going to feel.”

Swinging a golf club with a kneecap that ‘could go either way’ sounds pretty miserable. In fact, Koepka said that it kept him away from even hitting balls until just before Christmas.

One thing is certain, though, Koepka is ready to get back to tournament golf and is looking forward to the schedule ahead.

“I mean, I missed competition. I missed showing up to an event, preparing for something, because I haven’t had anything to prepare for. Having three months off, it’s not fun.”

Koepka will tee it up this week before playing in the Saudi International at the end of the month. He’s set to make his first start in the States at the Genesis Invitational in mid-February.