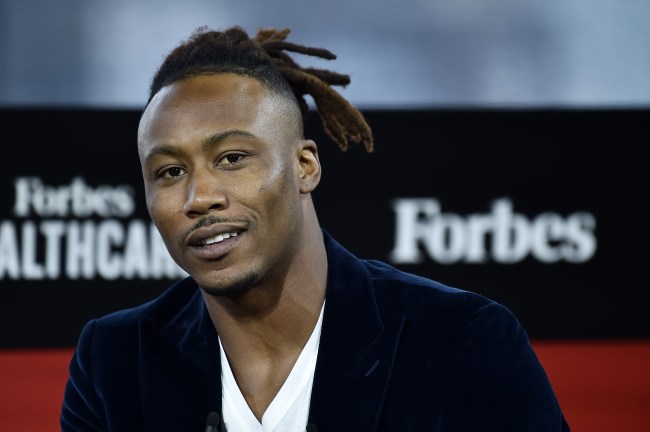 On the latest “I Am Athlete” podcast, a passionate Marshall yells at his co-hosts and insists that a majority of NBA contracts are not guaranteed.

According to NBA salary guru Eric Pincus, Marshall’s argument is dead wrong because the majority of NBA contracts are guaranteed and the small percentage that aren’t (5-8 percent) become guaranteed by the mid-season mark.

I mean, I think most people know that NBA contracts are guaranteed. Some (maybe 5-8% typically, haven't counted) can start the season non-guaranteed by by Jan 10 each year (non-pandemic) – all of them are after that point

Fans mocked Marshall for being so wrong while being angry and loud in the video.

So who is going to tell him? It’s closer to 12 out of 15 have guaranteed contracts? https://t.co/XZY4aXnK3q pic.twitter.com/Jcz3StQ3b6

Everybody got that homeboy that gets louder when he starts losing the argument lmao pic.twitter.com/s1YtNBue8q

Whoa. Brandon Marshall got some bad information from somebody https://t.co/b6ScUBYTTS

brandon marshall is the epitome of loud and wrong. man had VEINS popping out of his neck. just to be wrong as all fuck. like, not even in the general vicinity of the answer wrong.