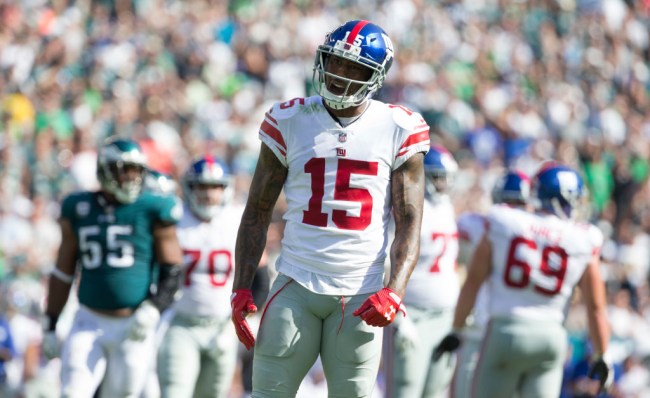 “It won’t be about the money,” Bryant told Mike Fisher of 247Sports before specifically mentioning the Giants as a potential suitor. “I’m just wanting to win. I want to go somewhere, I’m not going to lie. Our division, New York, they got a hell of a defense, OBJ (Dez pal Odell Beckham Jr.) coming back, Sterling Shepard, that’d be crazy. Crazy. Football means everything to me. Dallas winning the championship means everything to me. I come from nothing, so I’m not going to jeopardize how I feel about football or about winning. Football gave me life. Gave my family lif

Just yesterday, Brandon Marshall took to Instagram and posted this now deleted story to inform Dez that the Giants didn’t have room for him. 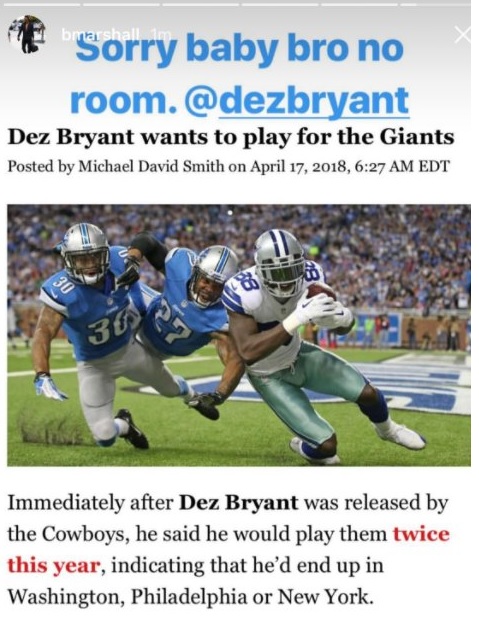 Well, there is now room for Bryant after Marshall was reportedly cut by the team in cost-cutting move that will save the team about $5 million.

Source: WR Brandon Marshall has been informed the #Giants are releasing him today

>Dez says it would be wild to play with OBJ, Shep, & Engram. Leaves out Brandon Marshall.

Timeout. Didn't Brandon Marshall tweet that there was no room for Dez on the Giants not too long ago, then delete said tweet? Now NYG released him today smh

Brandon Marshall: Sorry Dez, no room on the Giants for you…
Giants: pic.twitter.com/tyjY56Rsdx

It’s still unclear whether the Giants will go after Bryant but by making this move it’s definitely possible now.