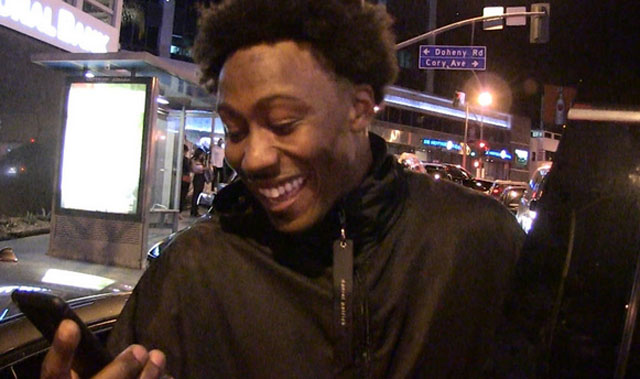 I guess after being told he looked like a “fat lesbian” on his last vacation, Jay Cutler decided to just go all in on his latest trip as his wife Kristin Cavallari posted a picture of his naked ass on Instagram Tuesday.

Twitter, of course, had nothing but very witty and clever responses to the photo, as one would expect.

However, none of those responses can match the one elicited by Cutler’s old Broncos running buddy Brandon Marshall when he first got a look at the photo.

TMZ caught up with Marshall Tuesday night and asked him what he thought of the cheeky photo. Turns out he hadn’t seen it and at first he didn’t even believe the guy was telling the truth.

“She didn’t post any nude pics,” Marshall says with a big grin on his face. “No she didn’t.”

The guy then breaks out his phone and show Marshall the photo and he starts laughing and calls his wife over to have a look.

Then he takes another look and drops the best quote of all as he cracks up, “And he got the watch on.”