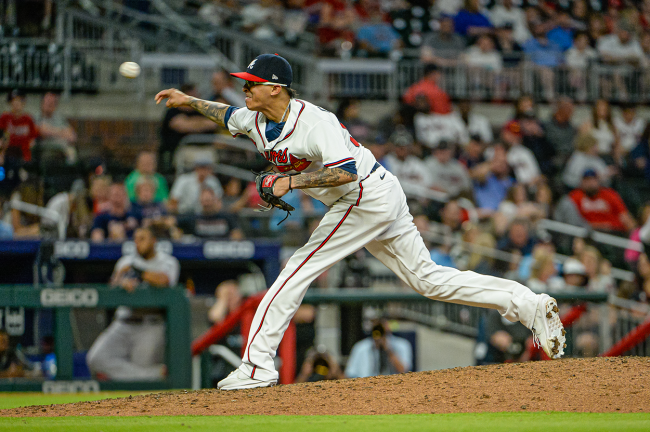 Wednesday’s matinee against the New York Mets did not go super well for the Braves. Atlanta lost the game 7-3 and nothing seemed to go right.

Especially for Jesse Chavez in the seventh inning. After allowing two runners to reach base, he faced runners on second and third with one out.

A double from Luis Guilloreme scored one run and left Chavez in the exact same position. He followed it up with a strikeout but what happened next was less than ideal.

Rather than going through his motion and throwing a pitch to Dominic Smith, Chavez committed one of the balkiest balks of all-time. As a result, the runner on third was sent home to score.

Per Major League Baseball rules, a “balk occurs when a pitcher makes an illegal motion on the mound that the umpire deems to be deceitful to the runner(s).” Although the call is fairly subjective and up to the umpire’s interpretation, Chavez’s balk could not have been more of a balk. It was not subjective, it was objective.

As the illegal move was made, it was pretty clear right away that it wasn’t going to fly. In turn, the Braves broadcast announcer delivered an incredible call.

He used just two words to describe the ball. “Oh,” and “Lord.” It was all that was necessary as the egregious move by Chavez brought another run to the plate.

While balks are not particularly common, they are not anything out of the ordinary. A balk of such significance coupled with such an amazing call, however, is special. Enjoy it, appreciate it, savor it.