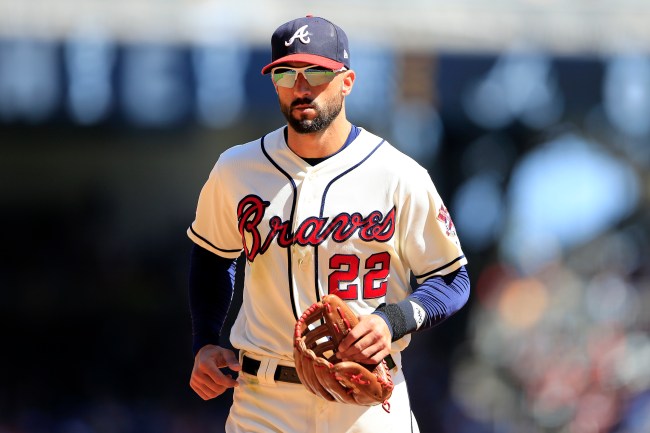 Atlanta Braves outfielder Nick Markakis has joined several other players around the league in crushing the Houston Astros over the sign-stealing scandal that helped them win a World Series in 2017. During his media availability on Tuesday Markakis said he was angry about the scandal and felt that every Astros player “deserved a beating’.

Braves OF Nick Markakis on the #Astros:

“I feel like everybody over there needs a beating.” pic.twitter.com/XozlMn1DwF

To see something like that, it’s damaging to baseball. It’s anger. I feel like every single guy over there needs a beating. It’s wrong. You’ve been messing with people’s careers. I know we’re all competitive, but there are right ways to do it and wrong ways to do it. There’s a lot of people that were hurt by it

Markakis went on to blast MLB commissioner Rob Manfred for not punishing the Astros severely enough.

I think the commissioner completely handled it the wrong way. But you know that’s the way he did it and that’s the way we got to live with it. I know a lot of people disagree with him and the way he handled the situation he should be embarrassed of himself.”

Markakis isn’t the only player to blast the Astros in recent days. Just yesterday MLB superstar Mike Trout expressed his disgust with the entire situation.

Mike Trout is not happy with the Astros and the punishment they received pic.twitter.com/VDwJCFZXHl

It’s going to be a long season for Astros players who are going to have to feel the wrath of players from around the league.