The Ole Miss Golf Team Made A Glorious ’30 For 30′ Trailer About ‘Folf’, A Football-Golf Hybrid 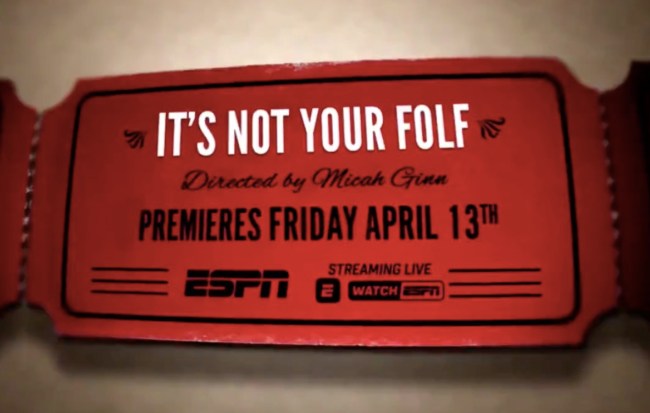 Braden Thornberry has one heck of a Summer on the Ole Miss Golf Team by winning the 2017 NCAA Individual Title. Two weeks after that, while playing as an amateur Braden Thornberry finished tied for 4th place at the FedEx St. Jude Classic held at TPC Southwind back in early June, a tournament won by Daniel Berger. There was a five-way tie for 4th place, and Braden was playing as an amateur, but he would’ve won over $240,000 for that 4th place tie if he was playing as a pro.

Braden caught the attention of Golf.com on Saturday after he took to the Ole Miss football field for some ‘Folf’. It’s a hybrid sport that fuses Golf and Football that mostly involves Braden Thornberry knocking in field goals but using a golf club to hit the football instead of his boot. This was a follow up to a fake 30 for 30 trailer the Ole Miss Golf Team put together about the sport of Folf. Here’s that trailer:

And here’s Braden Thornberry knocking in a field goal with his golf club at some point before/after/during Ole Miss’ football game last Saturday. He sent the crowd into a frenzy with this shot:

Life of @tberrygolf: Getting a hole in 1 before breakfast and a little folf action after dinner ⛳️🏈🏌🏻 pic.twitter.com/U3F2axhR69

Frankly, I’m shocked that anyone at Ole Miss even knows who this guy is. We had some world-class athletes at FSU during my years there, guys who went pro in Baseball and Basketball. But I wouldn’t have recognized them in passing on campus. I guess the announcer says who he is before the field goal, but the crowd’s still going nuts for a non-football athlete at a football school and that’s not something you see too often.

I forgot to mention this before, but Brayden also hit a hole-in-one Saturday morning before he took the field during the Ole Miss football game on Saturday night. Talk about one heck of a day for Brayden Thornberry.