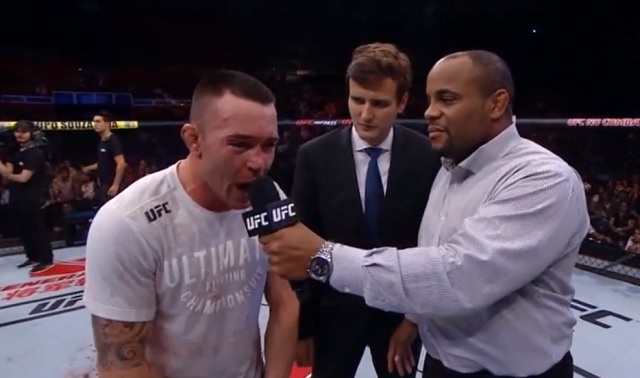 After the fight, the brash Covington trashed Brazil and their fans during his postfight interview which led to the Brazilian crowd to begin to throw their drinks at him.