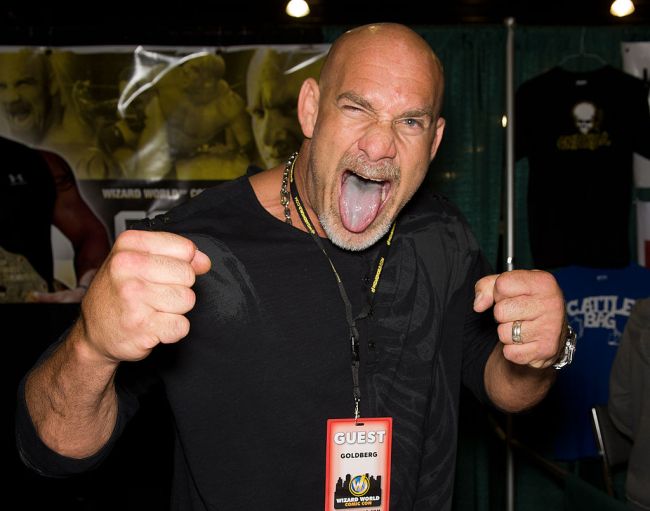 On the latest episode of “Confessions of the Hitman”, former WWE champion Bret Hart blasted another former world champion for being a “gorilla” in the ring.

Hart has always been vocal about how dangerous and careless Bill Goldberg was during his career, especially during the height of his popularity in the late 90s.

Hart was on the receiving end of a Goldberg kick to the head that effectively ended the Hitman’s in-ring career.

Here are some of the highlights transcribed from WrestlingInc.

But I always liked Bill as a person. His wrestling, his workrate was 0/10. Like, everything he did hurt – everything! He could tie-up with you and hurt you. He’d tie up with himself and hurt himself!

Bill was one of those types of guys that I don’t think understood ever that it’s supposed to look like it hurt but it’s not supposed really hurt. And he had so many people praising him because he’d run you over like a car. Like, he’d football tackle you with no pads on. He’s all jacked up and roided up, and he’s about 280 lbs.

You might as well have a real car just drive over top of you. He’d line up and just run you down, knock you down, and hurt guys. I asked, ‘how does he do that without hurting everybody?’ And everybody he worked with would come to the back holding their ribs.

Guys would have tears in their eyes from how much pain they were in, and he was a really reckless and dangerous guy to wrestle.”

Hart discussed the kick from Goldberg that gave him a concussion.

“The kick was the work of a total – like, somebody who had absolutely no skill at all. He literally threw me into the ropes and tried to kick my head off my shoulders. Like, there was no working aspect to it. There’s no way you can do it without hurting somebody,” said Hart.

Goldberg has apologized for the incident on more than one occasion but Hart still feels it’s too little, too late.

“The thing with Bill was that all the ‘I’m sorries’ in the world don’t mean anything when you hurt somebody for real … It ended my career, and one of the things that always bothered me about Bill was about a year after he hurt me– which he never called me and he never talked to me about it.

Hart estimates that Goldberg’s sloppy in-ring work cost him $15M, the amount of his WCW contract when the company was purchased by Vince McMahon and the WWE.

“If I hadn’t got hurt when I did– they ended my [contract]. I hung on until it wasn’t quite a year; I hung on for 10 months and then they sacked me.

But because Goldberg’s kick ended my career, they terminated me 10 months after I got hurt and I never got anything. My contract was null and void.

If I couldn’t wrestle within six weeks, you’re done. And it’s one of those loopholes in my contract, but my contract was always with Ted Turner – not with WCW, and that was the key.

That’s what Hogan had and that’s what Goldberg had. They had their contracts with Ted Turner.”

While I totally agree with Hart that Goldberg should have reached out immediately after the injury, part of the blame falls should be directed elsewhere.

Goldberg began training at the WCW Power Plant in 1996 and made his wrestling debut in 1997.

By 1999, the time of the incident with Hart, Goldberg had been wrestling professionally for barely three years. Most of his matches were squash matches, lasting only a few minutes, so it’s not as though Goldberg gained a wealth of experience in those three years.

Goldberg was still green, essentially a rookie, and all these mounting injuries to other wrestlers should have been addressed immediately. Unfortunately, the company was riding high, Goldberg was white-hot, and no one wanted to stop the cash machine from printing money.

A majority of the blame should fall on the shoulders of WCW management and producers.