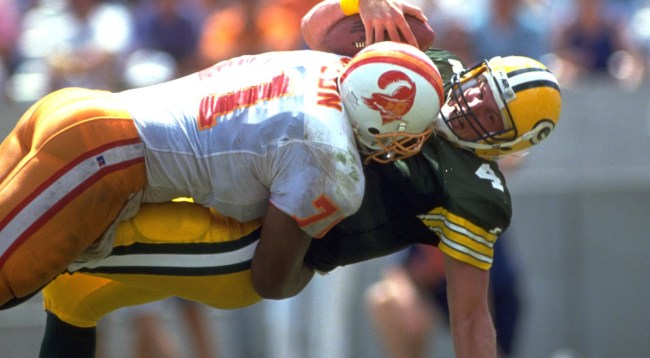 NFL Hall of Famer Brett Favre, who suffered more concussions than he can count and ended up with an addiction to painkillers, strongly supports legislation to end youth tackle football.

Favre, now 48, played in an era before the NFL’s and very much-maligned concussion protocol. His career came to an abrupt end when he suffered a major concussion after hitting his head on the frozen turf at TCF Bank Stadium in a game in 2010.

Speaking to CNN’s Christiane Amanpour back in February, Favre said, “I am afraid of not only my future, but of other players … intentionally playing the game, knowing that the repercussions could be life threatening. I have one who’s 8, 3 and a newborn. And they have not decided, at least the 8-year-old, to play football.

“I’m not going to encourage him to play football. I’m not saying I would discourage him, but I would be cringing every time I saw my grandson get tackled, because I know, physically, what’s at stake. I’m able to function the way I so choose, at least up to this point. I stay active. Tomorrow may be totally different. Tomorrow I may not remember who I am, I may not know where I live, and that’s the frightening thing for us football players.” 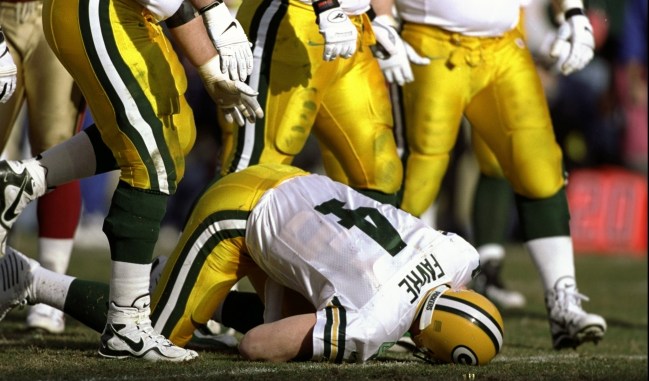 Now Favre is backing up those words by throwing his full support behind putting an end to youth tackle football in America.

“I think it’s going to take someone who has poured his blood, sweat and tears into it,” Favre recently told The Daily Mail.

He’s also supporting efforts like a proposed Illinois bill forbidding anyone under 12 from playing tackle football. The Dave Duerson Act to Prevent CTE – named after the former Chicago Bears safety who committed suicide after a lengthy battle with the disease – does not yet have enough support to pass in Illinois.

‘The state level is a start, but we have to adopt this plan and all do it together,’ he said. ‘The body, the brain, the skull is not developed in your teens and single digits. I cringe. I see these little kids get tackled and the helmet is bigger than everything else on the kid combined. They look like they’re going to break in half.’

The Daily Mail also sited a study conducted by the VA Boston Healthcare System and Boston University School of Medicine in which out of the 211 players who were posthumously diagnosed with CTE, those who began playing tackle football before the age of 12 suffered an earlier onset of symptoms by an average of 13 years.

So while some, like President Donald Trump did during a September speech in Alabama, claim the NFL’s new rules aimed at preventing head injuries are “ruining the game,” Favre says, “The President can say what he wants. It is a serious issue and it needs to be dealt with.”

Take it from one who would know. 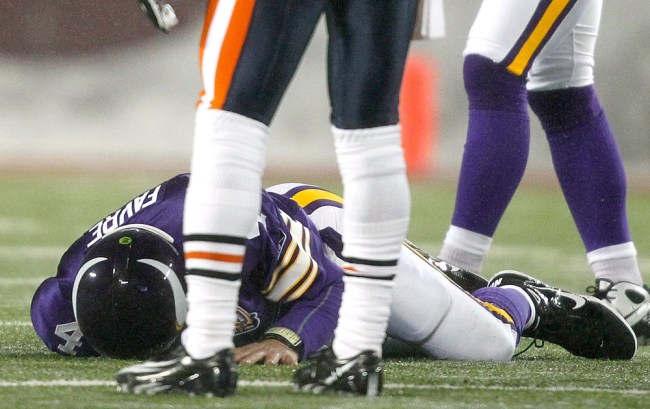