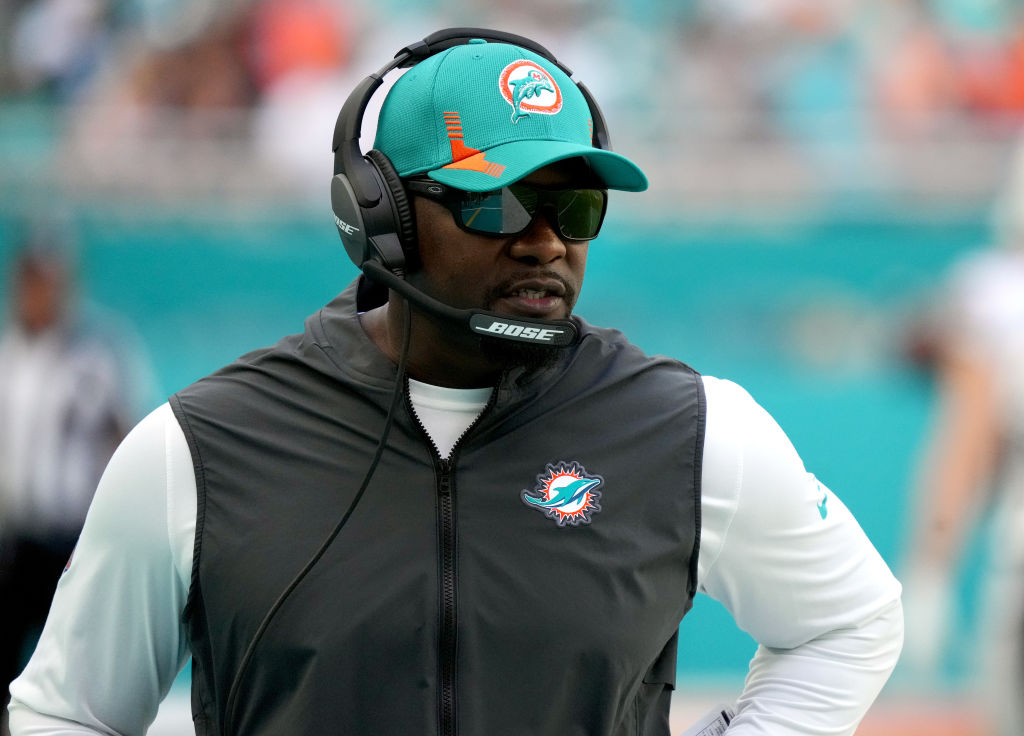 Tom Brady has more experience playing against the Miami Dolphins than any quarterback in NFL history. Brady holds a lifetime 23-12 (W-L) record against the Dolphins but this weekend will mark the first time he faces Miami while not wearing a New England jersey.

The Tampa Bay Buccaneers have looked a little shaky at times this season but they are still Super Bowl favorites. And I might be overly critical of the Bucs because as a born-and-raised Buccaneers fan I keep expecting to wake up from a fever dream at any moment and see that my team sucks again. But as far as I can tell, I’m not dreaming, and the Bucs are -540 favorites to beat Miami (+380).

Miami head coach Brian Flores spoke with Barry Jackson of the Miami Herald on Wednesday and explained the unique challenge of playing against Tom Brady. The gist is pretty simple: Tom Brady is eternal and has seen everything in the multiverse like Dr. Strange. But here are the actual quotes:

“I have a lot of respect and admiration for Tom. We were on the same team for 15 years. I learned a lot from him. Great to see him. Great to compete against him. When you’ve been around him and see the way he works, prepares, the way he takes care of himself, his passion for the game, it’s not surprising (to see his success at age 44).”

“There’s no confusing (Brady). He’s seen pretty much everything. This is a great player. Smart, great command of the offense. Accurate, can find the space in the pocket. He’s playing great football right now.”

Dolphins coach Brian Flores on facing Tom Brady and the Buccaneers this week after spending years together in New England. pic.twitter.com/LtpjZIiZCp

The thing the Dolphins have going for them is Tom Brady only has two eyes. He can only see what’s in front of him and that’s truly the only way for NFL teams to throw something at Brady that he might not have seen before and that’s only because he can’t physically see it at that moment.

Sports betting becomes legal in Florida on October 15th which is great for me because I’d likely throw some money on this game with terrible odds and inevitably jinx the Bucs.

I can’t help but wonder if ANY Dolphins fans out there are feeling confident going into Sunday? I know you guys got to Brady many times over the years but he’s on a different team, the Bucs are stacked, and Tampa’s defense is punishing. Phins fans, how ya feeling?