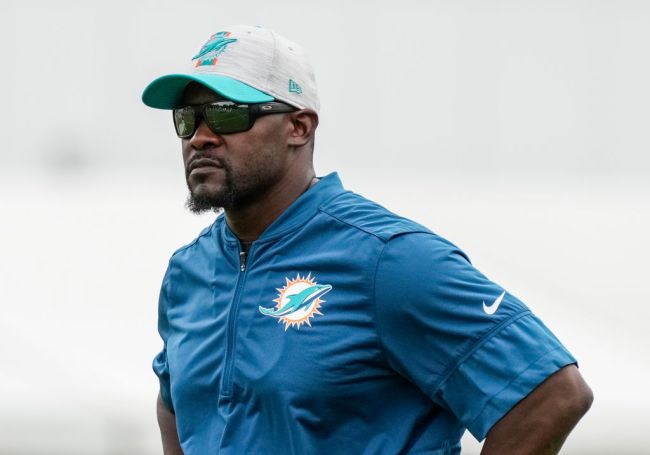 Just when the trade rumors involving Deshaun Watson seemed to have cooled off, they picked right back up again with new reports over the weekend suggesting the Miami Dolphins as frontrunners to land the Houston Texans quarterback.

Watson has been accused of sexual assault and harassment by over 20 women with 22 lawsuits already filed against him. No charges have been filed, but his future not only for this season but for seasons ahead is unclear, to put it lightly.

Due to investigations by both the Houston police and the NFL, with no end in sight, a team trading for Watson right now seems like an unbelievably risky move to make. Watson could very well be sidelined for two seasons given his ongoing battles off the field.

Houston is reportedly looking for three first-round picks and a pair of second-round picks in exchange for Watson.

While rumors and reports are circulating about the Dolphins being the team most interested in dealing for Watson, the team has denied to confirm or deny reports.

Dolphins head coach Brian Flores was asked about Watson and the reports, and while he didn’t specifically discuss Watson he did send a clear-cut message about Miami’s philosophy when it comes to acquiring players looking for a fresh start.

“When we’re talking about a player or players, we’re always trying to do what is best for the Miami Dolphins,” Flores said, according to Midland Daily News. “There are a lot of variables. We want a group that is tough, smart, competitive, loves to play and is team first. Those are the types of guys we’re looking for.

“We have a high standard for the people we have in the organization. We want people with high character throughout the building.”

Flores’ comment about wanting “people with high character” are open for interpretation, but it’s interesting wording to use given the situation and rumors at-hand.