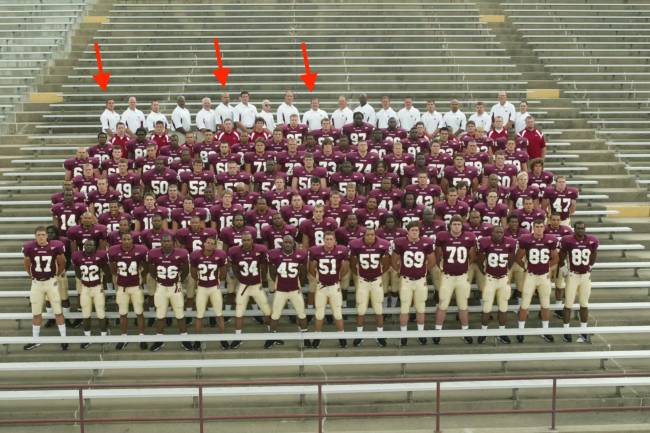 Louisiana State head football coach Brian Kelly (that is still weird to put in writing) has had quite a coaching journey. His coaching tree is rather fruitful as a result, but an old story has recently gone viral about his treatment of assistants and it’s not good.

Kelly began his career as the defensive coordinator at Assumption in 1983. From there, he rose his way to the top of the Grand Valley State program and took over as head coach from 1991 to 2003.

In 2004, he was hired by Central Michigan. While he was in Mount Pleasant, he brought on current Green Bay Packers head coach Matt LeFleur and New York Jets head coach Robert Saleh on as graduate assistants.

When winter rolled around that year, Kelly invited them both to a party at his home. However, they were not on the guest list. He put them to work.

A feature written by ESPN’s Rob Demovsky tells the story of the night that Kelly made Saleh and LeFleur shovel snow and park the cars.

“We shoveled the snow and parked all the cars,” Saleh said to ESPN. “Then, at the end of the night, we had to go get the cars again.”

What Kelly did was a truly terrible way to treat his assistants. The very people who grind tape, shine shoes, and keep the little things together behind the scenes of a program thought that they were getting an opportunity to treated as an equal. Instead, they were free labor.

As a result of Kelly’s behavior, Saleh and LeFleur vowed never to do that to others.

“We decided that when we’re in that position, we’re never going to treat people the way we got treated,” said Saleh to ESPN. “And Matty’s lived up to it.”

Now, 17 years later, both Saleh and LeFleur are in that position on the NFL level. Each of the two 42-year-olds are considered to be “players coaches.” Their guys love to play for them, and that probably, in large part, stems back to that cold winter night in 2004.

Meanwhile, Kelly is notorious for being a jerk at times, if not always. Now he is headed to the SEC, where wins are at a premium and expectations are as high as they ever will be.

Fortunately for his grad assistants, it doesn’t snow in Baton Rouge.