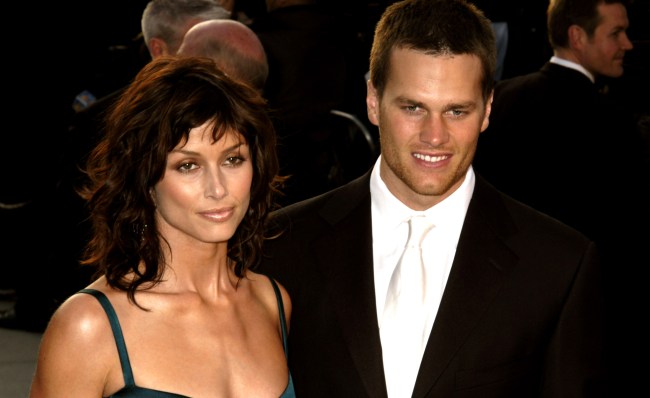 Back in late 2006, Tom Brady was a single man making moves. He had just broke up with his famous actress girlfriend Bridget Moynahan and had entered into a new relationship with the biggest supermodel in the world, Gisele Bundchen.

However, in early 2007, Brady found himself having to break the news to his new girlfriend Gisele that his old girlfriend Bridget was pregnant with his child. Whoops!

“Two months into our relationship, Tom told me that his ex-girlfriend was pregnant. The very next day the news was everywhere, and I felt my world had been turned upside down,”

“It wasn’t the ideal situation for anyone — there’s no manual to prepare you for that,” the Brazilian-born model told People.

Now, the other woman, Bridget Moynahan, has finally opened up a little bit about that time, sharing details in a new book called Our Shoes, Our Selves about what it was like to be pregnant with Brady’s kid after they had already ended their relationship.

The firestorm of controversy that ensued meant that the actress, then best known for roles in I, Robot, Coyote Ugly and Sex and the City, was suddenly a tabloid fixture.

“Being pregnant and having a baby are such personal, intimate moments,” she says. As she faced an unexpected life as a single mom to Jack, now 11, and navigated the relationship with Brady and Bündchen, Moynahan says the public scrutiny became too much.

“I would have cars following me, and men hiding in the bushes outside my house,” she says. “As a new mother, you want to just protect your child. That kind of attention felt like a threat.”

Now, despite Moynahan appearing to throw some shade at Brady during the Super Bowl the past two years, both Moynahan and Bundchen seem pretty happy with their relationship.

“Tom and I made a decision to raise a child together and we both found partners that not only supported us in raising that child, but also loved our child as if he was their own,” explained Moynahan in her Our Shoes, Our Selves essay. “I don’t think you can ask for more than that. My son is surrounded by love.”